Have you ever been to a yoga class where the other students around you are seamlessly linking sun salutations with standing postures, displaying gymnastic jump-through skills without breaking a sweat, while the suggestion of one more down dog sends you into a sweaty, breathless frenzy?

Sometimes it’s hard to find a class that acknowledges the differences between bodies and individual capabilities for a particular day.

The Yoga Center in Redondo Beach provides personalized yoga classes in a group setting.  Created by Diane Louise Gilbert almost six years ago, The Yoga Center offers “health, harmony, and healing to the community.”  The classes at The Yoga Center are based on the Viniyoga tradition.  In this tradition, each individual’s physical, emotional and mental states are taken into account and students are reminded to begin where they are, not attaching themselves to how the class “should” be.

I had the very great pleasure of having a private class with Diane on my first visit to The Yoga Center.  As fate would have it, I happened to be the only student at the 8:45am class.  Surprised at the sparse attendance of a class that is usually full, Diane remarked, “There are no accidents in this universe,” and the class began.  We discussed some chronic back issues of mine, as well as all past injuries, where I grew up, my childhood, education and work place.

Diane was able to recognize and point out that due to certain injuries in my past and aspects of my daily routine (including a minimum of three hours in a car) many postures that feel therapeutic are in fact just the opposite.  “Really good yoga for you right now is hiking,” she said, “walking to stabilize and strengthen your hips.”  A little taken aback by this suggestion, I was reminded that our yoga practice extends to every moment of every day.

The definition of vinyasa is, after all, connection, moment-to-moment, moving with our breath.  In addition to recommending the “vinyasa” of taking a walk after the drive home, Diane outlined an appropriate sequence of postures, modifications and pranayama, reminding me that these suggestions were “for now.”  After my 90 minutes with Diane I asked her how she could possibly teach such an individualized class to a group of students.  “I’m like a conductor and the students are the symphony- I know every sound, but I also know the musicians.”

Following the Viniyoga tradition, Diane teaches according to the students’ needs.  She asked, “How can a chef prepare a menu before he sees what’s fresh at the farmers market that day?  I have to teach according to the reality of that day,” Diane says.

Diane began her study of yoga at eight years old, practicing yoga and meditation daily, using Richard Hittleman’s morning PBS program, and the power of nature as her guides. A self-proclaimed “bookworm”, she also began checking out books on yoga and health from the local library at an early age, as well as books on ESP, UFOs, and haunted houses.

All of this information fueled a desire in Diane to look beyond the mundane in each and every day.  Diane continued her practice as an adult until a devastating car accident in 1990 left her partially paralyzed.  Diane was told that the state in which her injuries left her would only worsen.  Fate stepped in when Diane met Gary Kraftsow, a student of the Viniyoga tradition since 1980.

Gary revolutionized Diane’s world when he said, “There’s always hope.”  Feeling optimistic for the first time since her accident, Diane began studying with Gary and has been with him and the Viniyoga tradition ever since.  Working slowly, day by day, Diane now teaches full-time and continues to study and practice daily.

While her practice has changed and evolved over the years, Diane still approaches each day with as much enthusiasm as she did at eight years old.

The Yoga Center offers Gentle Yoga, Yoga for Kids, Yoga for Girls, classes for beginning to continuing students, and even Healthy Vegetarian Cooking Classes with Diane. 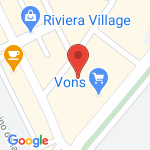