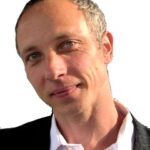 Alex Klein and Alex Jaton are the co-creators of YogaTrail,…

the yoga community: what do we all have in common?

Yoga – everybody’s into it. The term ‘yoga community’ is almost interchangeable with the word ‘people’. Scores of celebrities are touting yoga’s unique benefits, and happy yoga students are featured in countless commercials, regardless of what’s being advertised. Pictures of yogis can be found smattered on packaging and labels of every conceivable product.

Yoga has found its way into every neighborhood, every socio-economic layer, and into nearly every family. Just in the U.S., it’s estimated that 20 Million people practice yoga, which represents 7% of the population! In India, where it’s a part of the cultural heritage and yoga often features in high school curriculum, as much as 20% of the population practice yoga in one form or another (that’s 250M people!). Now, East Asia is joining in on the yoga boom as well.

A random selection of students from any yoga class will produce a variety of characters. Young, old, beginner, experienced. Some will be flexible, fit, healthy and beautiful members of our species, while many more are likely to be the kind of people who can barely touch their toes, the out of shape, the injured – in short, ‘normal’ people.

There are those who come everyday, but also many who come to class just once a week or even less. One might think that the only thing they all have in common is that they practice yoga. Often, they can’t even agree on what the term ‘yoga’ means, and the variety of yoga styles is itself astonishing and ever growing. Who then is the yoga community?

Is there such a thing? Is there anything besides yoga that ties all of these people together? Actually yes, there is. But before getting into that, let’s look at some things that don’t define the yoga community; characteristics of yogis that are pretty much mirrored in the non-practicing society at large.

A number of surveys [1-4] contain information about the demographics of yoga practitioners in the United States, and the data in the essential categories of race, income, age, health, and location deviate only marginally from what is found in the rest of the population. For example, race plays hardly any role in yoga statistics, and yoga is only very slightly more popular in some regions in the US over others (West, North East, urban areas).

The surveys do show that the very low income brackets are somewhat underrepresented in yoga, that people over 65 tend not to go to yoga classes as much, and that the average practitioner has achieved a relatively high level of education. But for the most part, the results only suggest that yoga practitioners are the kind of people that are interested in taking care of themselves – hardly surprising.

The one big difference between the yoga and the non-yoga population is found in gender. It’s well known that most yogis are actually yoginis (female, 75%), and you’ve probably seen this yourself in your classes. We can only guess at some of the reasons for this: probably it’s related to the very nature of yoga, which lacks those “macho” features (such as competition) that are found in most sports.

There’s no winner in yoga, and a yoga practice is for the most part an internal experience. Another reason for the gender skew might be related to the fact that guys are conditioned to shun emotional expression, so the type of language often used in yoga classes doesn’t appeal to the traditional male (“open your heart”, “feel your connection”, …).

But men too are increasingly drawn to yoga, and the gender ratio is (slowly) headed in the direction of 1:1. But regardless of the cause: a large group of people where women outnumber men by 3:1 doesn’t make a ‘community’. We’ll have to look elsewhere for the thing that ties those yoga people together. A clue is found by looking at the flow of money.

Big business has devoted vast resources to learn about the shopping habits of human beings, and according to marketing studies, yoga practitioners belong to a category known as the LOHAS consumer. LOHAS stands for “lifestyle of health and sustainability”, and with “health” in the name it’s easy to see how there could be some relationship with yoga.

The LOHAS demographics also share a number of similarities with those of yoga folks (such as a large female/male ratio and above-average levels of education). But what’s the connection between yoga and “sustainability”? Is there even one? Maybe it’s all just a fad, and yogis, “caring” about the earth in some way, are just following a popular trend. On the other hand, there could be more to it.

Yoga is about self-realization, some might say it’s an attempt at “union with the self”. In our practice, we’re told to turn inwards, to listen to ourselves, and to let go of those external troubles. These sorts of messages might lead you to believe that yoga practice encourages self-absorption, individualistic withdrawal, and a general apathy towards the external world. Do yogis care about things outside of themselves?

The answer is a resounding “yes”, and the evidence was published in an interesting study by Seil Oh and Natalia Sarkisian. Their research clearly shows that people who do yoga are much more altruistic than the general population (surprisingly, on average, even more so than members of established religions). Yogis tend to volunteer, and they are more engaged in actions to support social change.

A correlation between practicing yoga and activities like signing petitions, consumer activism, and contacting politicians was also found. In short, the study concludes there is a strong link between yoga and social engagement. This comes as no surprise to those of us who practice regularly and have gotten to know a great many yoga students and teachers. Yogis typically are not living their lives in some sort of ‘surface reality’, nor are they withdrawn by any means.

It would seem that to look inwards and study the self inevitably leads us to turn outwards and to recognize, create, and strengthen our connections with the external world. Yogis and yoginis are very much connecting and sharing, not only with each other, but also with the larger world out there. The beauty of yoga is that it holds something for everyone, because it’s a personal experience. Nevertheless, as loosely defined as it may be, there really is a yoga community.

Even though the diversity of yoga practitioners and the variety of yoga styles is enormous, and in spite of the frequent (and often heated) arguments about which is the most authentic yoga style or flavor, the people who practice yoga have more in common than meets the eye: they are connected to each other on account of their willingness to form connections with others.

Alex and his wife Alex live in Chiang Mai, Thailand. The Alexes are the creators of  YogaTrail –  Follow YogaTrail on  Facebook