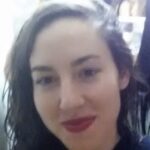 Lauren is a health coach, yoga instructor, and herbalist living…

what yoga taught me about being judgmental

Many people in this world are craving happiness and peace, but it feels often out of reach for many people. Disconnection with the Almighty Creator, living against the law of nature and not knowing about the ‘Self’ are the main causes of all suffering. Healthy mind, body and soul (the three entities) are essential for happiness and peace, and yoga can provide apt information and teach the way of living.

Yoga is a pure Sanskrit / Nepali word meaning ‘to add’ or ‘to connect’ with the supreme divine soul. Even today the word “yoga” is used in mathematical terms in Nepal, and all the terminology of yoga belongs to Nepali language. Yoga is the journey from the self- through the self and to the self. Flowing with the law of nature and accepting whatever the situation, pain or pleasure; this is yoga. Indeed, living in the now, connecting the divine energy and performing Dharma (duties) with utmost sincerity is yoga as per the teachings of the Vedas.

Yoga is the royal road to the divine source: supreme consciousness. It is meant for a well-disciplined, happy, healthy, and peaceful life. It enhances spiritual growth, balancing material and spiritual life. Yoga is the key for happiness and peace.

Shiva Samita says that Guru Gorakshanath (awakened consciousness of Lord Shiva) taught Hatha yoga to human beings for the first time in order to be connected and live a well-disciplined and healthy life. The pious land of Nepal is the origin place of tantra yoga and meditation. Yogi Patanjali, born in the Bhojpur district of Nepal in 1500 BC and the compiler of Patanjali’s Yoga Sutra, is considered as the father of modern yoga.

Later, Hindus of India came to Ruru Kshetra of Nepal (the original Rishikesh and birth place of Bhagawan Rishikesh) in order to learn Vedic culture and practice yoga. Therefore, it is ridiculous that the Western World could not go beyond Indus Valley civilization (Hindus of India-just 3500 yrs ago), whereas yoga has a written history of 12,000 years in Nepal.

Recent archaeological findings in ancient caves of Mustang-Nepal disclosed by National Geography, BBC, Elite-readers say that meditation was in practice 9,000 years before Hindus of India. However, many believe this practice is much older, as yoga-meditation is one of the chapters of the 4th Veda- Atharvaveda.

The Vedas (book of knowledge) is the father of all the literature and scientific discoveries. Veda Vyasa, born in Damauli, Nepal, is the compiler of ‘The Four Vedas.’ He has contributed to information on the creation of the universe and nature, astronomy, astrology, art, music, literature, philosophy, business, ayurveda, tantra, yoga, meditation and all the scientific discoveries that have been described in Vedas. Hindus dwelling in Indus Valley civilization were the same Aryans that migrated from the Himalayas of Nepal practicing same culture and traditions.

There are 8 limbs of yoga- Yama (self-restraint), Niyama (scriptural rules), Asana (sitting posture), Pranayama (breathing exercise), Pratyahara (withdrawal of the senses), Dharna (concentration), Dhyana (meditation) and Samadhi (salvation) as taught in Goraksha-Samhita. It cannot be called yoga if all the eight limbs are not followed. Stretching body parts only does not make one a Yogi. Otherwise, acrobats, athletes, swimmers, and football players would be yogis.

What’s most important to understand is that yoga is just “yoga”- like we call water, “water”. Do we say Nepali water or British water or American water? – No! Therefore, adjectives should not be kept before the word yoga. Hatha Yoga is the father of all the yoga styles. If we inhale- exhale through our nostrils stimulating Pingala (Ha) and Ida (Tha) nadis; then it is Hatha Yoga.

There are many different traditions, philosophies, and styles of yoga, but they all nourish the body, mind, and soul. By practicing yoga in all areas of our lives, we learn how to not only find, but cultivate the happiness we crave.

Read next >> letting go and learning to live