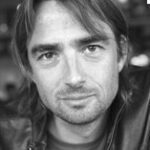 cracking joints explained: is it bad for you?

In the last few years there has been an explosion of yoga studios opening across the country.

These fledgling studios are a response to yoga’s surging popularity, with millions of people hitting the mat, according to USA Today.

Yoga might be booming, but so is competition as eager yoga entrepreneurs saturate the market and divide the pie for student acquisition.

We asked some studio owners to share their secrets of surviving and thriving in today’s market. There are many different business models for running a successful yoga studio.

You can run a one person show, form a partnership with several yoga teachers, go in with only business experience, start a nonprofit, open a franchise like Bikram, or offer a multi-destination studio that includes body care, food and a retail outlet.

The studio owners interviewed for this article have taken a diverse approach to their yoga business, but they have several things in common.

They agree that word of mouth is the best form of advertising, cite rent as their highest business expense, offer lucrative teacher training programs, and aren’t threatened by competition from other yoga studios or gym yoga classes.

Ironically the most effective way to get new clients is through recommendations from current clients, say studio owners.

Because it encourages the formation of community, yoga in particular lends itself to the word of mouth, grass roots method of initiating new clients.

“I’ve spent two years experimenting with advertising and I’ve found it works well if you are selling yoga vacations or teacher training, but for filling classes, word of mouth is the far superior method,” says James Burkhart, sole instructor and owner of Soma Yoga (now closed).

After so many years, Yoga Tree (bought by Yogaworks in 2014 and now closed), a chain of successful San Francisco yoga studios, is still eliciting new clients in every almost every class, mostly through word of mouth.

The competition from other yoga studios or gym yoga doesn’t threaten Dale. “It seems that every time another yoga studio opens or a gym starts offering yoga, we get busier,” he says.

Dale sees the mainstream popularity of yoga as a boon for his business. As people discover yoga at their gym or neighborhood yoga studios, they become hooked and eventually look to branch out to different styles or studios.

The only experience Dale had with yoga before opening his first studio was a Bikram practice.

He says he owes the success of his hatha–flow style studios to the network of people who helped him get the business off the ground, including his yoga instructor wife, whom he met while opening his first studio. He also credits his effort to build community among clientele as a foundation of his success.

Many classes at his studio begin with students introducing themselves to the people next to them.

For owners of new studios, who have yet to build a community of students, other streams of income may be necessary to keep the business initially afloat.

Aaron Goldberg’s studio in Arizona, Inner Vision Yoga, is greatly subsidized by its teacher training programs. While he and his partners teach all the classes, bypassing the cost of paying teachers, overhead such as steep rent and restocking the on-site shop puts financial pressure on the studio.

Teacher training helps assuage those costs by providing an income potential of $25,000 every three to four months.

“In my opinion, you are not going to get very far running a yoga studio without offering teacher training,” he adds.

According to him the secret of successful yoga studios lies in their ability to brand themselves. Proper branding eliminates the pressures of competition as each yoga studio creates its unique market niche.

“Branding a yoga studio is like creating a mission statement about what you are offering to the community and what makes you unique.

This mission statement not only clearly communicates to the student the benefits of the yoga style offered but also the meaning that those benefits will have in the student’s life.”

An example of a well-established brand in the yoga community is Bikram yoga. With Bikram people know what they are going to get: an aerobic, vigorous style yoga, done in the same series in a heated room.

They know that sweating will help their body get rid of toxins.

Her unique niche is a Baron Baptiste-style yoga studio that is also a multi-purpose destination. Her space includes an organic juice bar, a yoga boutique and a holistic spa.

“It is the kind of place where you can spend the day. You can take a yoga class, have lunch, get a facial and do some shopping.

The traffic we get for the juice bar and spa also draws people into the yoga classes,” says Weis.

“Competition isn’t really an issue in running a yoga studio because there is a huge market available for growth in the yoga community.

The secret is to figure out what unique gift you have to offer the world, put it out there and the people who are meant to will find you,” he adds.