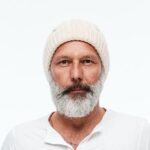 Whether you are male or female, if you have ever been to a yoga class, you’ve probably noticed how few men seem to be in the room. What’s up with that?

Yet here in the US, yoga seems to be widely perceived as a feminine activity – easy, gentle, and maybe just not macho enough for the typical American guy.

Jason Crandell: No! I think yoga is macho enough for men who actually start the practice, because they realize that depending on what they do, it can be as easy or as difficult as they could possibly want. But men who never actually begin don’t get beyond the stereotype that it’s a light, easy, fluffy thing to do. I also think men get macho around competition, and there’s no competition in yoga – there’s no dumb set of scores or statistics that you can easily track. And it’s hard to be “good” when you can’t prove yourself “better” than someone else. There’s no score at the end of the game!

And for some men who do come, it can be emasculating because often the women are – on the surface – much more adept than the men. That can be frustrating, and it makes it easy to forget the inner practice.

The only classes of mine that ever have close to a parity of men and women are the really strong, vinyasa-based classes. Anything more subtle, refined, or alignment- or relaxation-based is almost all women. Most men want something that’s very, very hard, with clear, definable goals of victory. Yoga doesn’t really present that.

JC: There was gap of about four years between when I stopped ice hockey and when I started yoga. If I had still been playing ice hockey, I don’t think I would have ever started yoga – I would have seen it as being too soft, easy, and lightweight, and not relevant. I wanted things that built my capacity essentially to injure people, and to succeed and compete. In a contact sport, that means bulk, speed, and aggressiveness, and none of those things help in a yoga practice. Bulk gets in your way, speed doesn’t matter because the fastest you’re moving is with your breath, and aggressiveness doesn’t play a part when there’s no person-to-person contact. Someone asked me recently, “What is it that you miss about playing ice hockey?” And, quite honestly, I miss hitting people. I do! I miss the gross, physical contact – there’s something extremely visceral and powerful about person-to-person contact – it’s a collision that feels really good and is very satisfying.

I don’t miss being as hurt as I used to get. And knowing what I know now about how the body works and how injuries last and re-manifest themselves, I wouldn’t want to go back into that. But I do miss the competitiveness, the hitting, and the adrenaline rush.

YT: You often say that you’re a lot less high strung than you were when you played ice hockey, and that you’re happier. Do your body and nervous system feel better since you’ve been doing yoga?

JC: When you play a high-impact sport, you largely run on instinct and adrenaline. It’s a euphoric feeling because it’s high-paced and high energy, and you feel great when you’re doing it. But you crash afterwards. So sports like that have a lot of sharp peaks and valleys – you go up, up, up, and then your system breaks down because you’ve overworked it. Even when you’re in good shape, if you flood the body with adrenaline, the body and the– nervous system crash afterwards. So when I did that for 15 years – that constant going up and crashing, going up and crashing – my mind, nervous system, and body followed that pattern. I didn’t have a middle of the road, day-to-day feeling in my body. I was still always going up and down – sort of like mood swings.

But although I like yoga in general more than I used to like ice hockey, I do miss the huge rush of playing. And if any given male has significant macho issues, he probably lifts weights, runs hard, plays ice hockey, football, or soccer, or does something that’s competitive, energizing, adrenaline based, and goal oriented to get that big hit.

YT: You said earlier that yoga could be emasculating because it is “easier” for women…

JC: I don’t necessarily think yoga is easier for women, but that’s the perception that men have. And if a man thinks that yoga is easier for women, and he can destroy any women he knows in squash or whatever and say he’s also very successful in his business, and then, after used to being dominant, he comes into a class where suddenly he appear to be physically weaker, less coordinated, and more inept, it strips away that sense of success when he sees someone he thinks of as a “weaker” individual doing better than he is. That’s the emasculating issue that many men face in yoga class. And that perpetuates the perception that, oh, this must be a lot easier for women. It’s not necessarily easy for women – of course not.

Recently my brother – who does Iron Man competitions and so forth – came to my all-levels class which wasn’t exactly easy, but also wasn’t particularly hard for anyone who had six months of yoga, and he struggled in an incredible way. He had to use his body the opposite of how he typically uses it because he doesn’t know how to relax, stretch, or elongate certain areas. So it’s not that he’s weak or even that he’s particularly tight, it’s just that he had to use his body very differently from how he’s used to. It definitely increased his respect for what I’ve been doing!

YT: I find it interesting that if something like yoga is hard for a guy, it is “not macho.” You’d think if something were challenging, then that would be “macho.”

JC: I agree. It’s like, well, something’s hard so you can cast it as “not macho” because you’re not good at it, and it’s a simple, ridiculous defense mechanism. But the opposite can also be true. If a man actually does come, he sees that it’s actually damn hard, so he realizes that it is macho, in the sense of being intense, physical work, and he can feel very masculine about it.

JC: Obviously, it’s up to an individual’s perception. I think it hinges on what men associate with physical activity. Boys who start athletics early associate all physical activity with the ability to win in any given situation – a basic battle for victory on the baseball diamond, the football field, or whatever. And when they switch to something that doesn’t have an easily defined state of victory and doesn’t have an adrenaline hit – something like yoga – it’s really different. It’s just whether a man can make that leap or whether he says, no, I’m going to stay attached to swinging a racket as hard as I can, sweating as hard as I can, and trying to pound my friend.

JC: Of course! First, I encourage anyone to do yoga, and any man – a tight man, a strong man, a flexible man – can get as much out of a yoga practice as anyone else. Yoga will create more side-to-side balance, especially if you do an asymmetrical sport like golf or baseball. Also, yoga creates more integrity and stability in the body. Second, yoga does a very good job of teaching and giving biofeedback of relaxation. And as a real person in this world, you sure as hell had better learn relaxation techniques for your daily life, and that’s something that’s not normally taught in school, gym, sports, or anywhere in our culture.

YT: I’ve seen your ex-girlfriend practice yoga, and even though she’s only five feet tall, she’s very strong and flexible, and she can whoop your ass.

JC: To this day! But when I was growing up, I was also a skateboarder. And it was really fun to go skateboarding with people who were a lot better than me because it was inspiring! Yoga is like that for me. I still see other people in the classroom doing yoga poses that I want to be able to do. And that’s fine!