yoga outside the box at yogahop

Matthew Reyes does not fit the mold of the average yoga teacher. Youthful and highly energetic, you are as likely to hear Janet Jackson and Eminem blasting away in his classes as you are the mellow, New Age chants that lull yogis through their practice in other classes.

Regular students in his classes at yogahop in Santa Monica know to bring towels to class because sweating is an inevitable part of yoga with Matthew. There is a vibrant, inspirational energy in Matthew’s classes that is derived from a combination of his deep respect and admiration for his students and an instinctive understanding of how to push and nurture them at the same time.

He ends each class by telling his students how impressed he is that they made the choice to be there. On more than one occasion he has expressed his desire to give each of them a medal (a la Princess Leiah at the end of Star Wars) just for showing up and opening themselves to the benefits of yoga.

He frequently reminds his students throughout each class to listen to their bodies, never forcing the poses or comparing their practice to others. His gentle adjustments and encouraging attitude never fail to inspire, even at 7:30 am.

Ironically, Matthew’s first introduction to yoga in his teens was less than a match made in Heaven. “I hated my first yoga class. It was so challenging and I had never struggled with anything physical before. It made me really angry.” It was several years before he gave yoga another try. A native of Los Angeles, Matthew was an avid athlete growing up. As an adult, he continued his involvement in sports and fitness as a tennis teacher, personal fitness consultant, runner and spinning instructor.

It was not until he was in his early twenties that yoga re-entered his life. “I always loved sports and challenging my body but I was also in touch with my spiritual side from a very young age. The pure athletics weren’t fulfilling that spiritual part of me. That was why yoga attracted me so much once I was ready to experience it. It allowed me to express those two sides of myself at once.”

His background in athletics allows Matthew to draw inspiration for his instruction from a variety of sources. While he can utilize the serene philosophical approach to yoga, learned from his study of yogic texts and his teacher training from Yoga Works, there is also that part of him that knows how a thumping bass beat and some vivacious encouragement can help inspire students to persevere through those last few breaths in warrior two.

This combination of the traditional approach to yoga with some unorthodox twists make his classes a refreshing cure for the common practice. Though he has a strong knowledge of the alignment and technique of performing asanas, Matthew gives his students space to explore their practice at their own pace and intensity, only offering advice and adjustments when he feels instinctively that a student is ready to receive it.

The point Matthew stresses most during his classes, and it is the point that keeps him coming back to the studio day in and day out (six days per week), is that by just showing up to class, students are making their lives better, increasing their awareness of their spirits and their bodies.

By making the choice to practice yoga, they are making a choice to become better people, taking that transformation out into the world and making it a better place. “They share the peace and benefit they have gained through their yoga practice with their friends, families, and even people they pass on the street. It is so gratifying to know that I am a part of that.” 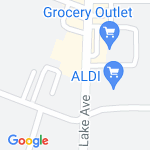