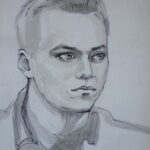 Stanley Currier is an international education specialist, and has studied…

Some years ago, starting a school for Indian street children was the furthest thing from New Yorker Truike Boekholt-Daly’s mind. The summer of 2009 was to be all about yoga.  A teacher of music and movement at the United Nations School in New York City, Truike traversed half the globe to Rishikesh, India, for a one month yoga teacher training course that included asana, pranayama, philosophy and chanting classes.

One afternoon, she met a little girl named Angie on the bank of the Ganges River. During the sweltering summer weeks ahead, Truike would see her again and again, often taking Angie’s picture. At the end of the month, Truike wanted to visit Angie’s home and present her some of the photos, but she couldn’t find it. Like nearly half a million other kids in India, Angie was a street child.

“I’m a mother, and I missed my own kids while in Rishikesh,” says Truike. It broke my heart to see Angie and so many other children in Rishikesh without parents.”

Truike returned to Rishikesh the following summer, suitcase brimming with crayons, markers and paper.  She spent the evenings doing art projects at sunset with the street children. Upon return home to Mamaroneck, New York, she enlisted the help of a graphic designer friend to turn the children’s artwork into gift cards.  Fellow teachers and friends from the UN School bought the cards and soon, the idea of starting the non-profit organization ‘Children of the Ganges’ was born.

“The fundraising project was so successful that I began to think I should start educational activities for the street children of Rishikesh. These kids made something so beautiful, and they’re worth it.”

With the help of a yoga ashram manager and the donation of space from the Narayana Kunj Hotel for three years, the ‘Children of the Ganges’ school for Rishikesh street children opened in summer 2011. Twenty-two students ages 7-13 attend Hindi and English classes six evenings a week, as well as enrichment classes in art, dance, yoga and meditation. A hot meal is provided every evening to the children as well.

The school provides free education regardless of children’s religion, caste, gender or social status.  Some of the children attend state schools in the morning, while for others, this is their only formal education. The teachers and volunteers hope to inspire the children to become leaders motivated to bring peace, happiness and well being to their communitiy. While the local teachers receive a monthly salary, Truike works on an entirely voluntary basis.

Directing the school remotely from New York can be challenging, especially as frequent power outages in Rishikesh often thwart communication. The contract for the current school space is only for three years, so a major part of Truike’s next trip to Rishikesh this summer will involve searching for a new space that might even accommodate more children.  Fundraising for the school is a constant challenge. Truike worked with a Tibetan craft store in New York to stage several events for the school, but the store is closing in 2013. A recent penny drive at the UN School in New York helped with 2013 expenses, and the organization is considering holding yogathon benefits for the school to help with future funding.

Truike’s dedication to children at home and across the globe are a part of her personality and philosophy. “There are so many good things to say about Truike.  She’s so inspiring,” commented Yogi Ji, Truike’s partner in Rishikesh who helps manage the school and sits on its Board of Directors.

After her first trip to Rishikesh, Truike searched for Angie, the girl who started it all, but never found her. But the journey that began with a yoga teacher training, and taking photographs of children, has turned into so much more. Yoga helped.  “Yoga teaches you to think from the heart and follow your intuition. To endure.  Those are the things that I have learned in Rishikesh. If I help someone else, I am helping myself too. Everyone is universal – we are all one,” reflected Truike.