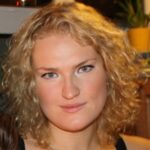 Austeja teaches yoga worldwide with London town as her main…

Here we are, a couple months already into the year…For sure this year you thought New Year, New Me! ”¦How many of us are familiar with the feeling of a New Year Resolution? How many times have we said to ourselves: ”˜From this year no more smoking’, ”˜No more boozie nights out’, ”˜I will exercises more’, ”˜I will be eating less’, ”˜I will quit chocolate’, ”˜I will work less’? And if it wasn’t you, then there was a colleague next to us setting the resolutions for the up-coming year, a friend, a flatmate, a partner.

Putting all this heaviness on ourselves, we exhaust the true inner Self as most of these resolutions starts with the ”˜I’, and that is the Ego. The drive behind most of the selfish motives allows us comfortably prepare ourselves for the failure (or not so comfortably at times as there is nothing as sour as disappointing our big fat Self).

What about if this year you switch with the resolution to take this heaviness of you? Mastering the art of freeing yourself indirectly by attempting to wish and where possible act for better of the rest of the world? It is then when one begins to let go of the constant desire to improve themselves for themselves only and dedicates the energy into doing something with themselves for the good of the rest of the human kind, nature, universe, is when the accumulated karma is being destroyed and one gradually shifts from the ”˜I’, the big Self, the creator of wants and needs that are attached to the end result that only himself benefits from.

In yoga tradition exist a concept of the intention – sankalpa.  A short, positive statement made in exactly the same wording each time. It is actually a little bit more than an intention. Intentions vary and can be positive (do’s) or negative (don’t’s). Although, it is good sometimes to have a clear idea of no (do not kill), however, the sankalpa practise is a resolverather than an intention. Direct translation from Sanskrit says that the sankalpa means a resolution, which we often like to call an affirmation in West. Now what both words tells us is that we are not intending something to happen in future, but we are affirming the present resolution to be working each and every time we say it to ourselves mentally. A great teacher, Swami Pragyamurti once said: “It is like sowing a seed into deeper layers of your mind, knowing it is bound to come true.”

If after reading this you feel you are ready to try out the sankalpa, note: It always starts with the words ”˜I am’, ”˜I will be’ or ”˜I resolve to’ rather than “I want.” In addition, the following are the three steps to help find your personal sankalpa:

1. Close your eyes, sitting/ standing quietly for a few minutes or more tap into your Inner Self
2. See what come ups naturally here
3. Aim high! Don’t go for something like I want to be a millionaire. After all it is a life time practise for the better of the universe, which starts with you.

What about enlightenment as your sankalpa? Most of the sages, including Buddha, heartened people to go for the highest realisation imaginable. Whether the ideas of enlightenment and union with God or the Supreme Consciousness resonates with you, we all have deep down an embedded intelligence of boundless possibilities of the human life.

Science explains why often we are drawn to intentions that are immediate and tangible: ”˜not because the brainstem, hypothalamus, and limbic system are base or sinful, but simply because they are more primitive in an evolutionary sense.’ – says neuropsychologist Rick Hanson. Then our perspectives shrink to the small circle around us and me, me, me. The Ego.

Wish that this year will be a year about getting out of that small circle, a year of higher aims and hopefully lighter bodies and hearts.

Read next >> Lacking in Abundance