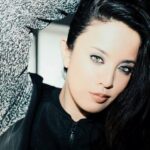 a yoga for everyone – mark encourages intimacy & connection through practice

By now we are all aware of yoga’s amazing power to change a person physically, emotionally and spiritually. However, like many traditions and cultures, the ability to pass its essence to a new generation is lost in its many interpretations and speed of delivery. Getting back to its roots and finding honesty again, in an age that is cluttered with media and technology, multiple gurus and distracting trends, is the challenge we face today.

Teacher and author Mark Whitwell knows this too well. Born and raised in New Zealand, Mark has studied yoga intensively in India, in the home of the legendary Professor T. Krishnamacharya, also known as the “Father of Modern Yoga,” and “the teacher of our teachers.” (Krishnamacharya’s notable students include his son, TKV Desikachar, BKS Iyengar, Pattabhi Jois, Indra Devi, and AG Mohan, who have all become distinguished teachers in their own right.)

Mark studied with TKV Desikachar and has shared a close friendship with him for more than 20 years. He has also edited and contributed to Desikachar’s book, ‘The Heart of Yoga: Developing a Personal Practice,” as well as written his own books entitled, “Yoga of Heart: The Healing Power of Intimate Connection” and “The Promise of Love, Sex, and Intimacy.”

As he travels the world, Mark aims to authentically communicate the essence of yoga, cutting through distractions that come between you and your practice. YOGI TIMES talked to Mark at the recent Asia Yoga Conference in Hong Kong to discuss intimacy, connection and finding a yoga that’s right for you.

Victoria Herrera for Yogitimes: What are your thoughts on how the essence of Yoga is being communicated to newer generations?

Mark Whitwell: Yoga is a very simple matter. Yoga is connection to reality, to life itself. I mean the power of life that moves the breath and beats the heart—that brings us into existence in the first place and presently sustains us. That is the point of yoga. It is the connection and enjoyment of that. That is our own reality; it’s our own life. It’s embracing your own life essentially. And it’s easy… anybody can do it.

The hallmark of our teacher’s work is that there’s a right yoga for every person no matter who the person is. Yoga must be adapted to the individual, not the individual adapted to a stylized yoga. So all over the world this is how it’s working. You have this idealistic body of knowledge and everybody tries to be like that. This doesn’t work; this only makes humanity miserable and stressful.

Yoga is intimacy with what is always already the case, life itself. The Universe as is it, and it’s easy.

VH: What do you feel distracts people from that? From the intimacy and the connection?

Mark Whitwell: I think it’s the way humanity has developed and civilization is. It was basically a power structure that was created in different geographies. A belief system, an orthodoxy of controlling the power that created these idealisms that people then tried to do—and that’s the problem.

VH: In terms of developing better intimacy, the ego often gets in the way. What are some ways to overcome the ego so it won’t be an obstruction to realizing your truth?

Just do the practice. When you do the practice that is direct intimacy with reality itself, which is a nurturing force, and then that develops over time. You understand what the point of existence, the point of life is. And sure the mind has its problems but they diminish… They go away in time.

VH: How do you feel technology has affected the yoga culture?

Mark Whitwell: Well, in the last few decades there has been a lot of stuff made up. It’s been mixed it up with fanatical gymnastics and fashion. This has tricked people.

The naïve public imagines that yoga is some exaggeration like this… That you do something exaggerated on your body. Sure, there’s a small demographic that are interested in that, but it’s really intimidating to the broader public. It’s really putting them off.

Yoga is for everybody. It’s not for young athletic people, or thin gymnasts from LA, or exploiting a gullible public in China and making money. This is not what yoga is. There is a right yoga for every person no matter who the person is. No matter what the body type, age or health.

Yoga must be adapted to the individual not the individual adapted to yoga. And this has been in the great tradition forever, for thousands of years and it’s coming into contemporary life. We’re here to give it to all people, every kind of person. It is the practical means for people to realize the ideals of the culture. It is very helpful for people of all different cultures.

VH: With your book “The Promise” can you tell us what inspired this idea?

Mark Whitwell: The vehicle of my work is a book called “The Promise.” It essentially explains to the public what yoga actually is and how easy it is to do and what the benefits are. Once people read that book, they get it.

In the context of that book, I’m asking people to promise to do a 7-minute Yoga practice. It’s called Sādhanā, a Sanskrit word that means, “that which can be done.” And then ask people to commit to a 40-day Sādhanā, or a 40-day promise to do yoga. So they can personally find out what it’s all about by experiencing it for themselves.

Mark Whitwell: Simply because in 7 minutes you really can feel something—if you do it on a daily basis. I ask people to make that commitment to themselves. Frankly, it’s so pleasurable that 7 minutes can become more.

I say “No less than 7 minutes,” but when people start doing it, it’s so pleasurable that they’ll do 10 minutes, 20 minutes or 40 minutes, because its Sunday morning and they have nothing to do and they like it so much. That happens naturally.

VH: What is your vision for the next generation who discover yoga?

Mark Whitwell: I do my work so that all people can get it. I want it to be way beyond the yoga demographic as it is now, because it tends to be confined to a certain kind of person. Yoga is truly for all people, as it was in ancient times. From all different kinds of religious groups and language groups and levels of society, it was truly for everybody.

It’s problematic when the public sees yoga branded as exaggerated gymnastics. It’s not for “young athletic people.” They can certainly do very demanding and beautiful looking asanas, but with the principles of yoga in there.

VH: Can you expound on these principles one last time?

Mark Whitwell: The principles are essentially the union of the male/female qualities in your own body. It’s the union of opposites in your own system of life. It is strength that is receptive. It is inhale merging with the exhale, and anybody can do it.

It might look like amazing postures for one person and another person quite simple, lying on the floor breathing with the arms. It’s different in everybody’s case according to their needs. Yoga must be adapted to individual needs, but for all people, it’s the same… the principles are the same. The body loves its breathe and the inhale loves the exhale.

Yoga is a catalyst that makes all your latent potentials come forth, including the potential for an intimate relationship… and that’s a promise. I promise that to people who begin to practice, and the result is you realize what you are capable of in all areas of life.