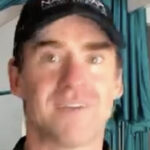 don’t take it lying down

Max Strom’s yoga classes have always been dedicated to opening the heart and enriching the lives of his students so they can make better choices in their own lives, and affect positive change in the world. He moved to Ashland, Oregon after years of teaching yoga in Los Angeles and built whatwas the Exhale Center for Sacred Movement (now closed), a world-renowned yoga studio in Venice, California. He produced and released his Yoga DVD entitled Max Strom: Strength, Grace and Healing.

YOGI TIMES: What was your first experience of yoga?

Max Strom: My real introduction to yoga was at the age of 15. I had a spiritual crisis where I wanted to understand how the world worked, what was spirit, what was god, is there god? I spent about five to seven years studying intensely. At that time, I took up meditation and Pa Kua, a non-violent marshal art, and also Chi Gong for a few years in my early twenties. So, I had already been studying many of the aspects of yoga before ever putting a mat down. I started hatha yoga when a friend dragged me to a yoga class on my 35th birthday, and this year I’ll be turning fifty.

Max Strom: Thank You. Yoga was familiar to me because it was similar in many ways to Chi Gong, yet it was very different as well. I have a lot of physical challenges. Some I was born with, and some came along the way. I had clubfeet at birth and many surgeries to correct them. I had knee-high plaster casts, braces and so on. I’ve also broken some bones [like] my left elbow. It doesn’t straighten now, so when I do a handstand, I need to bend both elbows in order to do it.

When I first went to hatha yoga it was a great relief. It felt like I was starting to deal with some of these issues, helping my body to heal. I started practicing six days a week after about two months. Then I started to realize the emotional benefits I was getting, and eventually, within about 6 months to a year I started understanding the spiritual aspects, and started integrating my previous studies and experiences.

YT: It sounds like it was almost an immediate transition for you, bringing the spiritual and emotional into the physical practice.

Max Strom: Yes. I started to feel like plates of armor were being pulled off of me. This gave me a sense of physical freedom, of course. My joints were opening and my muscles were elongating. But it was also opening the stagnant energy channels, so it was also opening my heart center on a daily basis, especially through the breathing practice, but also through the asana practice. I attribute much of my rapid transformation to learning how to breathe well early on. That is when things really started to move.

Through the breathing practice I really felt the way I thought. The way my mind worked and the choices I started to make were different. As soon as one’s system for making choices changes, it changes the course of our life. From little decisions to big decisions – you begin to make them differently. Instead of going here, I go there. Instead of eating this, I’m going to eat that. Instead of befriending this person, I’m going to befriend that person, etc. All those little decisions change the course of your life.

After a while, I discovered that I didn’t want as many things. I didn’t desire as many things. It wasn’t that I was trying to curb my appetite; it was just that I didn’t need as much stimulus to be content and happy. When we think of ascetics who renounce certain pleasures, it can seem really difficult, but I realized that with enough practice these things start to drop away. “I don’t refrain from eating doughnuts because I’m using my will. I don’t eat them because I don’t desire to eat them.” It’s a completely different experience.

YT: Were you surprised that these desires would fall away so easily?

Max Strom: Very surprised. I found that yoga helped to take away many of these desires. Not all of them. I still have some struggles, but not the ones that were plaguing me before. The people I knew that practiced yoga didn’t really talk about this much. And I think some of them hadn’t had the experience because they didn’t establish a breathing practice. Once it started happening to me, I started meeting other yogis more earnest on their path, and I was able to learn more about this.