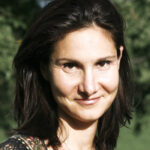 Daniela I. Norris is a former diplomat, turned political writer,…

Why We Are All Charlie Spirituality

Having lived in France for the past decade, and in that time having made the transition from political writing to spiritual writing, many people ask me: how is this possible? How do politics and spirituality go together?

My answer is quite simple. They are actually very compatible.

Spirituality lifts us, while politics and world events ground us. As we are all currently in human form, living on planet earth, we do need some of both. Not many of us can afford to live in a monastery on the top of a mountain, or in a spiritual bubble that blocks out everyday news and world tragedies.

Therefore, with the unfolding events of early 2015, that have made waves and the news editions across the ocean, I couldn’t help but ask myself, “What is the meaning of this?” “Why are these energy vibrations necessary?” “Why do some people, without judging them one way or another, choose to hurt others physically as a punishment for their beliefs, deeds and/or ideas?” Or perhaps, even as a part of a growing frustration and a feeling of being ”˜left out’, “do they actually feel alienated, unloved, uncared for?”

In France, and all over the world, the ”˜I am Charlie’ movement has united millions in solidarity, and in horror, of what the killing of 17 innocent people in 48 hours represents. What I can see is unification and a joint energy vibration of solidarity with values of free speech, freedom of opinion, and the caring for other humans. Such unification serves as a positive development to our planet which desperately needs a vibration of solidarity…same as was felt after 9/11, the 2004 tsunami in Asia and 2011 in Japan, the wars in Iraq and in Syria and other recent world man-made and natural disasters and tragedies.

While no aspect of human death can be regarded as positive in any way, I wonder if such tragedies could serve to unify humanity and help define the values it stands for as a race.

Yes, some of the members of humanity stand for other values. But perhaps they had a different human experience; one that had made them the way they are, and brought them to hold certain beliefs that lead to committing atrocities. But they are the minority, unrepresentative of any faith, nationality or race.

They, perhaps, could be looked at as the dark servants of human development. For without darkness, there can be no light; without tragedy there can be no hope, no unification or no better tomorrow for us.

As humanity reconsiders its values and takes a stand about what it believes in, I cannot help but wonder what we can do for those ”˜others’ who perhaps think and act differently than “we” do, but nevertheless, are part of us; a part of a pulsating human fabric that populates this earth plane. Of course, we could choose to disagree with them, condemn them, or even hate them. But we can also choose to do the opposite. To love them, even if we cannot or will not ever understand their acts of horror.

By sending condemnation and hate their way we will be serving an immediate need for revenge, for ventilating our frustration and our shock at the atrocities they’ve committed.

It is much harder to follow the advice of “enlightened” humans who have lived on this planet before us, which have all said in one way or another: Love Thy Enemy.

Being a secular, spiritualist yogi who strongly believes in reincarnation, life after death and karma, I find it hard to quote from the bible, but I feel the need to do so now. As one of those well known enlightened beings who has walked the earth two millennia before us, apparently said: “Love your enemies and pray for those who persecute you, so that you may be sons of your Father who is in Heaven; for He causes His sun to rise on the evil and the good, and sends rain on the righteous and the unrighteous”¦” (Matthew 5:44)

Yes, this is harder to do than send hate and condemnation their way. But as humanity rediscovers its core values, and stands behind them, let’s not forget those who committed these atrocities and those who are committing many others every day across the globe. Let’s not forget they are part of us, and they might need our love to see the light – energetically speaking.

This is why we are all Charlie. Even the perpetrators of these horrible acts. Even if they don’t know it themselves. Or perhaps now that they are on ”˜the other side,’ they actually do.

Daniela I. Norris is a former diplomat, turned political writer, and with age and wisdom – inspirational writer and speaker. She is the author of four books and a member of the International Grief Council internationalgriefcouncil.org & danielanorris.com