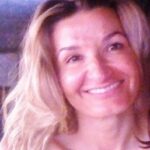 all about roman chamomile

The oil is taken from the flowers and leaves. History The ancient Greeks used it to scent their bath water and it had a reputation for curing sexually transmitted diseases like gonorrhea. During medieval times it was used to heal sore gums and also to whiten teeth. The Romans introduced it to Britain, where it was used to stop milk curdling. Unlike peppermint, spearmint does not contain high amounts of menthol. The US is the major producer of spearmint essential oil, which is steam-distilled from the fresh flowering tops.

• Spearmint has traditionally been used as an aromatic, stomachic, stimulant, antiseptic and local anaesthetic. It has an uplifting effect on the nervous system and is used to treat acne and congested skin.

• Aligns your energy and your intentions — invigorates the weary.

• The zingy, penetrating, light-hearted fragrance of spearmint is said to encourage you to think happily and simply as you revisit the precious memories of your childhood.

• A helpful oil to use when the mind is tired and in need of stimulating and uplifting.

• Spearmint contains only small amounts of menthol. This means it is far less harsh on the skin and is better to use for children than peppermint. Uses

• Its most commonly used at this time as a flavoring in toothpastes, chewing gum, candy and mouthwashes.

• Spearmint is prized as a energizer for virility — in men and animals. It has long been a popular aid to cure frigidity in women. It can help to stem the flow of heavy periods and releases urine retention.

• A restorative massage oil that may be beneficial for impotence, fatigue, exhaustion and shock.

• Spearmint is very useful to deal with digestive problems including flatulence, constipation, diarrhea and nausea, as it relaxes the stomach muscles and also relieves hiccups.

• It can help with headaches, migraines, fatigue and stress. It is also useful with asthma, bronchitis, catarrh and sinusitis.

• On the skin it can relieve the itching of pruritus and helps with acne, dermatitis, congested skin and sore gums.

Read next >> all about rosemary oil