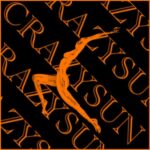 awake film: the life of yogananda

uplift your mood with the positive effect of negative ions

Have you ever been to the beach, the mountains, stood under a waterfall and felt just great? Don’t you feel wonderful after a rainstorm, or just going outside and breathing fresh air? Not only are all beauties of the outdoors inspiring, but there is also a scientific reason our mood lightens while experiencing the forces of nature. What is this wonderful substance in the air that reduces stress?

Negative ions! When air molecules are exposed to sunlight, moving air and water, radiation, they break apart and gain one or more negatively charged electron. These ions are odorless, tasteless, and invisible. When we inhale them they produce a biochemical reaction that increases the levels of the ‘feel good’ hormone, serotonin, in our bodies. Another way negative ions make us feel great is that they also increase the flow of oxygen to the brain. Can you say: “Alertness, energy, bliss!”

Since many of the pollutants and bacteria found in the air reside on floating dust particles, ionization can lead to a reduction of illness. A recent study conducted by the U.S. Department of Agriculture found that ionizing a room led to 52% less dust in the air, and 95% less bacteria.* Ionization units are even installed in hospitals and medical facilities to reduce allergens and the spread of disease and infection.

Unfortunately many of our modern convinces like air conditioners, computers, TVs, electronic devices, produce positive ionization or deplete the air of negative ions, which leads to stressful symptoms like fatigue, headaches, nausea, and dizziness. So take frequent breaks from using these and get outside.

Here are three ways to create negative ions in your indoor environment.

2. An indoor waterfall or even a fish tank.

3. Hot shower. With its steam and streams of hot water, the shower is a perfect generator of negative ions.

So remember, in order to lighten your mood and reduce stress, one negative definitely makes a positive…that is the positive effect of the negative ion, of course!

Read next >> 5 essential oils to enhance your yoga practice