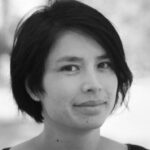 whose path is it anyway?

If someone told me when I started doing yoga that the hardest part of the practice would be getting on the mat, I wouldn’t have believed it. During the first six months of doing yoga, I looked forward to my classes. I couldn’t wait to see what poses we would do and afterward I would be thinking about what we did for a long time. My friends thought I had yoga on the brain because I couldn’t stop talking about it.

My enthusiasm for yoga carried me on a wave of excitement. Some poses in yoga are more accessible to me than other poses are. During the honeymoon period, I could easily accept this fact. I thought I would just continue to work on the pose and it would get better. As time went on, I wasn’t happy with my lack of progress with these difficult asanas. I began to dread doing them in class. One of the poses that I have a lot of trouble with is shoulder stand. Near the end of one yoga class, we got into plow pose and then the teacher asked us to get into shoulder stand. I was already miserable in plow pose because my throat felt very constricted. I was trying to relax the muscles in my neck as much as possible, but when I moved my legs to get into shoulder stand it became worse. Not only was I trying to relax the area around my throat, I also had to concentrate on balancing vertically. Shoulder stand is considered a very relaxing pose, but I only felt stressed and uncomfortable. I could also feel my heart beating very quickly.

After class, while the other students were laughing and making small talk, I felt isolated and depressed. This was not the first time I had done shoulder stand or plow pose, but it seemed harder this time, both physically and emotionally. I didn’t want to go to class again because I didn’t want to repeat the experience. I also couldn’t stand being the loser in the class who couldn’t do the pose. This feeling stayed with me for several days.

The answer wasn’t immediately clear to me. Were there times when I willingly entered into a situation that would cause me to feel unhappy? I thought of the time when I sat with my friend holding his hand during his grandmother’s funeral. I also remembered when another friend and I walked through her front door together after her home had just been burglarized. We slept together on her living room floor at night while she clutched the flashlight to her chest. I knew both situations would make me feel awful, but I wanted to be there. When I signed up to be friends with another person, it wasn’t just for fun. It was for being there when it was delightful and for being there when it was awful and everywhere in between.

So why was I feeling ambivalent about continuing my practice? In the grand scheme of things, doing shoulder stand doesn’t even come close to attending a loved one’s funeral or losing the sense of security in one’s own home. Why was I afraid of being my own friend? It’s hard to be my own friend because I know all my weakness, failures and unsavory habits. For some reason, it has always been easier to accept my friends for who they are and be with them when they needed me than it has been to accept myself and be there for me.

It’s hard to change an ingrained behavior or attitude but I decided that I wanted to try. I think making a commitment to practicing yoga could help me develop a lifelong friendship with myself. This is where I get the opportunity to learn to be in my own skin. I can do yoga in the studio with a roomful of people, have a private lesson with a teacher or do sun salutations in the morning by myself, but in the end, whenever I get on the mat, it’s just my practice and me. Sometimes I’m happy and engaged. Other times, I’m grumpy and insecure. Every time, it’s different but I’m still there.