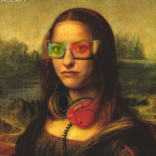 one yogi's journey of yogic ethics in the modern day

Is it okay for a yogi to wear fur?

Did the answer surface quickly for you? A “yes”, or a “no?” Possibly even, “it”™s the person”™s decision.” Well a recent experience left me pondering the question for a week, where I gave this topic some serious thought.

It was the dead of winter, and the zipper on my new coat broke. Being the type of person that must sift and filter through every possible option I have, I felt rushed having to make my investment on a necessity. There it was, online, the most beautiful coat I saw all season. I grabbed one of the plastic rectangles from my wallet, and I thought, “It”™s mine!” However, just moments after completing my order I noticed the fine print: “with natural coyote fur trim.” COYOTE?! Like the dog?! I looked over at my pug, and thought, “How could I?” As I tried to cancel the order I found some more fine print that explained that there are no cancellations. The coat was coming.

Being that I was halfway through my 200 hr yoga teacher training, my mind began swirling with the yamas and niyamas. Instantly I thought of the practice of ahimsa (non-violence): so I thought I definitely cannot own this beautiful, beautiful coat. Slowly Aparigraha (non-possessiveness) and Daya (compassion) made their way into my thoughts. As the day went on, even Saucha started to surface, as now my mind was becoming unclear with thoughts and worry. I even thought, “What would other yogis think?” At that precise moment the idea of non-attachment seemed to override all of the yamas and niyamas: do these ethical guidelines not matter so much when you aren”™t attached to anything?

Being an occasional meat eater, I thought, “Well, if I eat meat, is it really any different?” This question allowed the slight shift in thought that there was a possibility that I might keep this coat. My heart so simply said, “No, this is wrong”, but my mind seemed to reason the situation out.

Over the course of the week I asked every single person that I felt that I could ask, “What should I do? Is it wrong?” My question rang out to numerous people, ranging from friends, to family members, and even my yoga instructor. To my surprise not one person said, “It”™s wrong.” I heard it all, from how “bad” coyotes are, that they ate the neighbor”™s chickens, even that they are “shoot on sight” in certain states. These answers were only fueling my mental reasoning, but as each thought expanded, my heart grew harder, and I actually became quite ill.

Now that I was feeling sick from the situation, I could not wait for this coat to come. One person suggested that I try it on, and then see how I felt once I was wearing it. Finally, after a week of inner turmoil and days of obsessing over this issue, the box arrived. Before I even sliced the tape open, my little pug was sniffing intensely at the box creases. Feeling horrible, I took the box into another room, opened it, and nearly gasped. Wow. I now see how many people can prefer the real stuff: the fur was remarkable. It was so striking, yet I was afraid to touch the thing! Instantly I thought, “I can”™t wear this on my head, this crown of thorns, no way!” However, I tried it on, and to my relief, the arm length was too small. Earlier that day, my boyfriend researched the lengths of how far people will go for fur, so my decision was already made.

Later that night, I picked up a free spiritual magazine in a local shop and turned right to the page with a lovely story about the coyote. The woman shaman began her article explaining that the Navajos called coyotes “God”™s Dog” or “Talking Dog”, and that these beings are actually shape shifters of the trickster spirit, appearing even after their own death. The message: the coyote breaks open accepted, cultural behaviors, but reinforces them ever stronger once they withstand examination. “The core of the trickster energy is that, as a mirror, it makes you look at yourself.” It was then that I realized why this situation even occurred: to become a story, to act as a mirror, and to provide a message, so we can all reflect upon our choices more clearly.