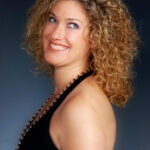 Alanna Kaivalya, the founder of The Kaivalya Yoga Method, is…

the meaning of truthfulness & satya in yoga

During an election year, there’s always a lot of convincing and haggling going on. Dinner tables are split amongst those on one side and those on another, but this happens regularly regarding other subjects as well. We all have our opinions and things we believe strongly about, and we often feel compelled to try and win people to our way of thinking. When has that ever really worked? When has someone who has been swindled and strong-armed into another way of thinking ever really felt more empowered at the end of an experience? Never. Even if we are compelled to join the other side after a long argument, we still feel a sense of defeat.

Diminishing another’s sense of pride is rarely our end goal in these arguments. We seek to elevate our own understanding of the world in order to assert our “rightness” and affirm our understanding of life and our existence. This is what we might refer to as our “personal truth.” However, in this process there develops a winner and a loser, in effect creating a hierarchy within relationships that are meant to be based on equality. This is a bummer, as no one likes to feel less than another human being, particularly amongst friends.

In our industry of yoga, there is such an emphasis on speaking our truth. But, it’s worth wondering if there might be some finessing of the way that we do it in order to enhance our relationships rather than detract from them. The wisdom of yoga involves the practice of Satya – or truthfulness. There has been a misunderstanding of this practice as simply a voicing of what one believes, where actually, the practice involves communicating the truth.

The difference between our truth and the truth is that our truth is fully true, in its entirety, only to us. The truth includes things that are universally true for everyone. While we may find that there are others whose personal truths come very close to matching our own, no one’s will ever match ours exactly. When personal truths are separate, we find discrepancies and potential for argument, judgment and discrimination.

As a real world example, Gandhi’s main practice was satya, and he used this practice as a means for leading folks to freedom. Freedom is desired by every living being. It is true for everyone, and so it became natural that Gandhi would develop a large following around this particular truth…because it’s universal. People rallied to his cause because they saw benefit in his cause gaining momentum – and power. This kind of power comes from creating a new way of thinking or a new way of life – rather than fighting against or resisting the old. It is very compelling, especially because this kind of power sets people on equal footing and common ground.

As yogis, we seek to empower and incite change – both personal and social. This concept is an important one because it can be the difference between polarization and unification. Whether it’s in reference to the microcosm of harmony at the dinner table or the macrocosm of a political movement, when we are driven by universal truths in the pursuit of harmonizing and equalizing people, we can only end up with “winners.” In these situations, people leave feeling acknowledged, validated and supported. A wise woman told me once that every human being longs to be heard. Listening is a big part of this concept because if we are holding too tightly on to what we believe and stand in opposition to another, then we will never be receptive and open enough to truly hear their side of the tale. In this case, how are we to ever reach common ground? It is said that the truth is what the two sides have in common. Universal truths are common to everyone, and when we stand on that ground then everyone’s position becomes important and valid.

The point isn’t to diminish what we believe, but rather to find a way to voice those beliefs in a universal manner so that they can be easily heard, acknowledged and serve to be an additive force for change, rather than a conflicting, negative force. In this case, articulation involves artistry and discernment. As we refine our ability to articulate and communicate in this elevated way, it will work on both a large and small scale. As yogis, we’re used to starting small: on our 72″ x 24″ mats. We can start refining our ability to communicate with others by becoming honest with ourselves.

Our practice is designed to show us where we are still harboring resistance. Any time it arises, it is worth examining in such a way to allow it to dissipate and then create space for more freedom. The resistance can be in our hamstrings, our judgments of a posture, the yoga teacher, or even a fellow yogi. Anytime we internally struggle with negative thoughts and judgments, we engage in an internal battle where a part of us will always be left feeling diminished.

Try instead in these circumstances to look at the resistance head on and see in what aspect of that struggle the truth or freedom lies. There is a clever saying that “there is what happened, and then there is the story we tell ourselves about what happened.” Much of what we tell ourselves is just the story. If we can drop the story, we can then see the reality – that the pose is devoid of quality and our hamstrings just need time to loosen, the yoga teacher is doing the best she can, and that yogi has only just started his practice and so we can give him or her credit for beginning the journey.

When we start refining our ability to drop the story and find the universal truths that lie within, it will be far easier to communicate in a similar additive and supportive fashion with those that we love.

And, who doesn’t want to hang out with someone like this! Everyone does. This is how we change the world – or the dinner table – people want to hang out with us, and then they want to listen to us, because they know they’ll be heard in return. This is how we come to a common understanding of truth in which we can all come together and work toward what benefits our communities both large and small. We create situations that empower people, and without arguing, we gain the confidence of people who at the end of a conversation all feel as if they’ve “won” …or at least gained something. Talk about win/win!