Home > Be Spiritual > Interviews > Decoding The Ancient Wisdoms Of The... 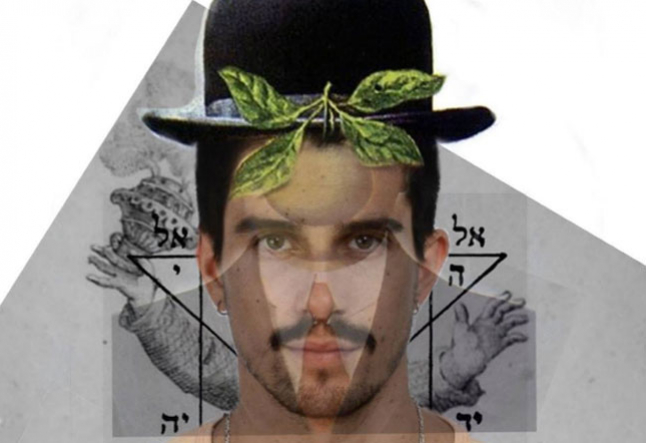 decoding the ancient wisdoms of the kabbalah


an interview with gal naor

Like many other yogis around the world, I have always felt a deep affinity with the arts. Perhaps it is that the arts touch upon many of the metaphysical and spiritual subjects behind human existence, which makes them especially appealing to people on the yoga path. After all, they seem to deal with the same concepts, tools, and even techniques to access the hidden truths of life.

The arts offer self-reflection to cope with life and enable one to descend on the path of more peace, stability, and appreciation of the beauty and mystery of life.

This connection has brought me face-to-face with many artists, dancers, musicians, and other creative individuals, especially in the context of the arts festival in Berlin that my partner Ohad Ben-Ari--a very talented pianist and composer--put together. I’m speaking about, ID Festival Berlin, a festival that provides a platform for expression, and supports Israeli artists from various disciplines living in Germany.

This is how I met Gal Naor, the exceptionally creative mind behind The Progressive Wave Initiative, which he shares with his partner Matan Zamir. Gal’s first edition of the "Science of Signs" Trilogy, Lights & Vessels, appealed to me on many levels. I have practiced yoga for 15 years and have been interested in the different perspectives of religion and spirituality for as long as I remember. It is this deep impression created by his work, and an enticing interview, that inspired me to write this article.

Anastasia Shevchenko for YT: First of all, very quickly, for those that know very little on the subject-What is the Kabbalah and how did you get involved with it?

Gal Naor: The Kabbalah is the highest form of study in Judaism. It is also known as the “Secret Studies” and it is the core of the entire Jewish religion, meaning, all Jewish customs actually have their roots in the Kabbalistic sources.

AS: Although the Kabbalah was born out of Judaism, I think it is important to mention that the original intent of the text is to answer the ontological question, “What is the nature of being?” This is a universal question and therefore above any religion. Do you agree?

Gal Naor: Absolutely! The Kabbalah is only one form of spiritual teaching. The beauty behind all of these “truth-seeking” philosophical doctrines is revealed when they start to correlate and overlap with each other, and this is exactly what we intend to explore and celebrate in the second part of the “Science of Signs” Trilogy, Oráculo, scheduled for January 2018 in Ballhaus Ost Berlin.

AS: Given the universality of the mystical revelations in the Kabbalah, let’s connect it specifically to yoga and the system in which yoga originated - Hinduism. Tell me about some of the most striking similarities between the two that you personally picked up on from your studies of the texts and travels in India.

Gal Naor: The ‘Three Lines’ principle in the Kabbalah is teaching us about the three archetypical energetic manifestations which created our three-dimensional reality. This Kabbalistic foundation is beautifully overlapping with the concept of the Hindu Trimurti, which is teaching us that all the 33 million Hindu Gods emerged from only three archetypical Gods: Brahma, Shiva, and Vishnu.

AS: This specific marriage between the Kabbalah and Hinduism is exactly the topic of the second edition of your performance trilogy “Science of Signs” that will be showcased in January as a part of the ID Festival Berlin 2017. Why did you find this connection particularly interesting to reveal to your audience this time around?

Gal Naor: After setting the mystic, scientific intentions in Lights & Vessels, we intend to expand the research in Oráculo, the second chapter in Science of Signs Performance Trilogy, to a place where other cultural backgrounds will affect the overall performative score. The above-mentioned trinity foundation will be translated into an effective dramaturgical triptych, which will allow us to deeply explore, choreographically and aesthetically, the relations between the Hindu Trimurti, the three Jewish archetypes (Abraham, Issac, and Jacob), and the Christian Trinity (Father, Son, and Holy Ghost).

I believe art is meant to work with mysteries. The journey into Oráculo will give the audience an appealing elucidation of how various ancient spiritual wisdoms can correspond with each other in one performative score, while in the process providing some fascinating insights about their shared origins.AS: Besides studying the spiritual concepts of the Kabbalah, you also practice yoga. Do you feel that yoga helps you with your studies?

Gal Naor: Yoga is a way for the soul to prepare the body for spiritual work. Kabbalah makes a clear separation between the body and the soul, inspiring us to seek out the “marriage” between the two during the course of our lives.

According to the Kabbalah, “The Vessel” (the body) can and should be better shaped in order to contain higher forms of light (or prana - divine energy) in it. Therefore, the yoga practice is a beautiful way for me to do something that is beneficial for the body, mind, and soul.

AS: There are many different traditions and methods of yoga. Some of them are more openly connected to religious Hindu concepts and rituals (traditional yoga), and others seem to be more separate (modern yoga). Many yoga teachers, especially those coming from a non-Hindu cultural background, may choose not to follow and share the more spiritual concepts of yoga out of lack of interest, relevance, understanding, or intentional focus on the more “practical” aspects of yoga. Do you think it is a pity?

Gal Naor: I do. I remember when I first started to practice yoga on a weekly basis at the School of Visual Theater in Jerusalem. One girl in my class said she saw this practice just as another gymnastic-type class I still disagree to this day, but with a better understanding of why she was wrong. Such an approach simply focuses on the forms or postures of yoga, but it is not real yoga.

Yoga is meant to slow down the activity of the brain (mind) during the practice. It cannot be treated simply as a physical activity, because then the essence of yoga is stripped away and what remains is an empty form.

AS: Would you call yourself a spiritual seeker or someone who has embarked on a spiritual quest? Why is it important for you and how has it made your life better?

Gal Naor: I believe we are all on a spiritual quest despite our being aware of it or not. When you become aware of it--you choose the path of knowledge and personal growth. In my opinion, ignorance nowadays is a disease. By choosing to believe in the mystery, I deepen my spiritual knowledge, resulting in my ability to deal with the world and accept the axioms and conflicting principles behind this existence, instead of fighting them.

AS: Based on the idea that your newest project “Science of Signs” is a natural continuation of your own spiritual search, I assume that you share your findings with the general audience out of spiritual reasons. Do you think everyone has the capacity to embark on a personal spiritual journey and is it your intention to inspire people to do exactly that with your piece?

Gal Naor: The artistic decision to work with such spiritual content is mainly to expose the audience to the beauty found in ancient wisdoms and to celebrate the hidden overlaps between them--aesthetically, choreographically, and dramatically.

In the first part, Lights & Vessels, I combined my three loves: performative art, sign-language, and spirituality. I believe spirituality should be taken out of its exclusivity and brought to the general audiences, as I feel there is a growing interest and need in this topic, especially today.

As I encourage critical thinking, I do not expect my audience to believe my revelations as the truth-seeker. My job here is more of a medium--being a performer and a sign-language interpreter. I act as a decoder of the ancient wisdoms found in the mystical texts, providing my own interpretations of what I have understood. I believe that it is up to each spectator to find their own hidden meanings in my interpretations. I cannot make people believe that what I deal with is “the Truth.” I can only try to offer them my understandings and to leave the final choice of what to believe in up to them. I don’t intend to resolve the conflicts abound in religious scriptures, I simply aim to look at their symbolic root and connect them all with each other.

Gal Naor is an Israeli Sign-Language interpreter, choreographer, theater-maker and founder of The progressive wave, an on-going collaborative project which aims to translate complex spiritual ideas into an innovative audio-visual performative language.

In his pieces, Gal Naor deals with the triangular relations between language, identity, and culture. His intensive engagement within the deaf social circles in Israel and Germany is significantly contributing to his artistic research.

Be Spiritual
donna de lory on music, motherhood and the divine mother