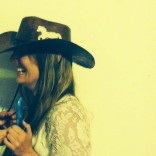 A native of Michigan, Rick Hackett graduated from the Culinary…

Executive Chef Rick Hackett, has tantalized palates across the country and in Europe since graduating from the Culinary Institute of America in 1978. Delighting diners at renowned restaurants such as Chez Panisse, Oliveto, Florio, Enrico’s on Broadway and as an executive chef at MarketBar in San Francisco’s Ferry Building, Chef Rick has made his mark on the culinary scene.

Simmer the potatoes in salted water until you are able to pierce the potato easily with a knife, then let them cool in the same water in which they were cooked.

Brown the eggplant in olive oil and set aside.

Stew the onions in olive oil until they are soft and translucent.

Then add the garlic, peppers and tomato to the onions, reduce slowly over medium heat until the mixture thickens; it will take approximately 30 minutes. In Italy, this technique is referred to as a “soffrito.”

Add the zucchini and simmer for a few more minutes. You can use a mixture of peppers such as gypsy peppers, poblano (for a little spice), bell peppers, Anaheim and anything else in season. Look at your Farmer’s market for the heirloom varieties when available.

Finally, stir in the cooked potatoes, eggplant and parsley. Garnish with Italian parsley leaves and shaved (with a potato peeler} Parmigiano Reggiano.