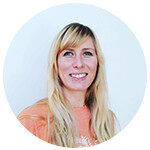 dark chocolate benefits: here are the reasons why you can eat more of It

what it means to be awake

Kundalini is spoken of in all yogas. It’s referred to as the primordial energy of the universe, your untapped potential, located at the base of the spine within your subtle body. And yoga, of all kinds, is the process of awakening that energy so that it rises up.

The most commonly known Kundalini Yoga is that which was taught by Yogi Bhajan.

Once a secret practice only handed down from teacher to disciple, Yogi Bhajan brought it to the US in 1968. He is known for the 3HO (Happy, Healthy and Holy Organisation). According to their website, in January 1969, at his first public lecture, he said that every human deserved to be happy, healthy and holy. And not ‘holy’ in the religious sense, but to be ‘whole’ and to live a ‘whole’ life.

‘Kundalini’ is commonly translated as ‘coil’ or ‘the curl of the hair of the beloved’ because of the Sanskrit word ‘kundal’, and is often depicted as a snake. Something beautiful is when you separate the two words; ‘Kunda’ which is when you are so tightened up, so much tension and energy contained in one space, and then ‘lini’ means to bloom it out. Awakening that energy.

Most of the yogas found in yogic traditions and each path have a primary focus on one of Patanjali’s Eight Limbs of Yoga. Some still include the other limbs, but they are often known for just a few.

It’s hard to describe them all with only a few words, but here is an example: Hatha Yoga, is known for its asanas; Jnana Yoga, looks more deeply into philosophy; Bhakti Yoga, cultivating love and devotion; Kriya Yoga, meditation; Karma Yoga, what goes out must come back; Tantric yoga, energy expansion; and Raja Yoga, control of mind and emotions – Samadhi.

And then you have Kundalini Yoga, which incorporates all of those things.

It’s a fusion of many traditions and combines physical and spiritual techniques and practices that prepare the body for the release of “Kundalini energy”.

It’s like when we are asked in a yoga class to take our awareness to our breath. Our breath is part of our autonomic nervous system, it just ‘happens’. But when we take our awareness to it, we can observe it, change it, and control it to our benefit (to stimulate, or relax) through pranayama.

Being aware, allows to you be conscious. You are awake. When you are awake, you can make sound decisions. It means that you are present in that moment. You have more clarity.

Kundalini Yoga may be different from any other yoga you’ve practiced.

For one thing, there is no need to master a pose. While poses do feature, a lot of it is about using repetitive movement, mantra’s, meditations, pranayama, naad and kriya’s to balance our internal systems (glandular and nervous systems) to reach a higher state of consciousness. The biggest part of Kundalini Yoga is the experience. You have to experience a class, to understand how immediate the effect can be.

sitting down with guru jagat

the power of forgiveness

the power of speech