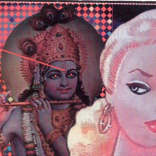 When they were first dating, Baxter Bell’s future wife Raven sometimes called him “Tigger” because he was so energetic, enthusiastic and”¦bouncy. Combine those qualities with in-depth yoga training and 10 years of experience as a medical doctor, and you’ll have some idea of what it’s like to be in one of Baxter’s classes. Difficult to imagine? Student Melitta Rorty puts it like this: “Baxter Bell brings a youthful exuberance to all he does in yoga. His eyes light up and dance as he excitedly tells the class what pose we’ll do next. You can’t help but be caught up in his enthusiasm.”

So how did he get so enthusiastic about yoga?

In 1994, Bell was a full-time family physician in a private practice, working hard, playing hard and living what he describes as an “agitated, frenetic lifestyle.” Although he enjoyed his career, he says that under the surface he was exhausted and hadn’t listened to his inner voices for many years.

One day as he watched his girlfriend practicing yoga to a Rodney Yee video, Bell decided to give it a try. The asana was great because it was physically challenging, but it was that first delicious savasana and meditation, where he had to let go of effort, that was a wake-up call. He was starting to want a different life.

During the next few years, his interest in yoga deepened. At the same time, he became more disheartened with his medical practice, where the mindset always seemed to be about making money rather than taking care of patients. The stress was never-ending. Then, on a weeklong retreat with Rodney Yee, the teacher took him for a walk and suggested that he might want to train to be a yoga teacher. Realizing that all of the financial and material successes he’d had as a physician didn’t seem to be enough, Bell decided to take a sabbatical and move to California to enroll in the Advanced Studies Program at Piedmont Yoga Studio. Without knowing exactly what would come next, he knew he was willing to make a lot less money in order to find a path that was more fulfilling.

At Piedmont, Bell studied for 18 months with Rodney Yee, Richard Rosen, Mary Paffard and Patricia Sullivan. He dedicated two and a half hours of every day to practicing asana and pranayama (breath work). Inspired by his teachers, his enthusiasm for yoga continued to grow, and he loved his first teaching experiences. He also realized he could use his medical background to enhance his teaching; his knowledge of anatomy, physiology, injuries and illness enabled him to adapt the practice to suit the abilities and needs of a wide range of students. He now conducts his classes as a one-room schoolhouse, offering modifications and props to tailor the yoga of the day to each student. He also teaches a special back care class at Piedmont Yoga Studio that allows people with injuries and illness to experience yoga in a nurturing, healing form.

Even More Ways to Serve

As he gradually eased into teaching yoga, Bell also began to study medical acupuncture, an alternative mode of treatment, that enabled him to spend more time both listening to and treating individual patients. Soon Bell was teaching yoga three days a week and treating acupuncture patients the other two days. He says this combination keeps his week really interesting and allows him to be fresh, clear and ready to serve.

In addition to his teaching and acupuncture practice, Bell is actively involved in the Green Yoga movement. He also serves on the board of directors of Feathered Pipe Ranch, supporting its outreach work for Tibetan refugees. These forms of service are particularly rewarding, he says, because they resonate with things he believes are important for all of us both now and going into the future. The concept of service is a vital part of the yoga tradition, he adds. Recently he has been reading a bit of The Bhagavad Gita each day along with commentary by Eknath Easwaran. One of the Gita‘s important themes is that in order to fulfill your destiny as a human being, you must give 100 % of your attention and energy to your work in life, and then see what happens with it. It might not succeed, but you give everything you’ve got to it.

“I would love to see more yogis doing work like that now, if they can,” Bell says, “finding something, one thing, that speaks to them”¦that they love.”

Along with his original teachers at Piedmont Yoga Studio, Bell has been inspired by the teachings of Patricia Walden, Erich Schiffmann and Donald Moyer. He has also studied at the Krishnamacharya Institute in India, learning about viniyoga and yoga therapy. His style incorporates both flowing vinyasa sequences and classic, alignment-based Iyengar yoga. Balancing our desire for action with our need to quiet the mind, he also provides instruction in meditation and pranayama. All of this is delivered with his trademark enthusiasm and sense of fun.

“What I like most about Baxter is the varied and rich wealth of information he brings to his teaching,” student Sharon Olson says. “Beyond his yoga training and medical training lie his intelligence, his sense of humor and his commitment to his practice, his students and the community at large.”

He also teaches workshops and retreats around the country. If you can’t travel to see Bell in person, you can purchase his DVD, Yoga Journal‘s Yoga for Stress: Doctor Designed Yoga Remedies for Stress Relief.