As a integrative teacher, Michelle explores alchemy; the seemingly magical…

sitting down with beryl bender birch

A gathering of the infinite archetypes of yogis. Whether one was there to experience the physical practice (the abhyasa) or the spiritual concepts did not matter. For whatever reason you felt the pull to attend this event, magnetised and welcomed you were.

There is an undeniable ‘high-on-life’ hum in the air as people entered in and out of conferences held by Elena Brower, Kathryn Budig, Beryl Bender Birch, Seane Corn, Bo Forbes, and an abundance of others who enriched and educated the masses. The exchange of smiles and hugs were welcomed and contagious!

The market staged within the hotel was grounds for some serious inspiration and possibly a bit of self gifting. The booths homed a vast variety of apparel, artists offering henna tattoos, gorgeous crystals and pendants, a wide-range of books, props from blocks and blankets to yoga wheels, and a multitude of malas. I was fortunate enough to be wandering through during an intriguing aerial yoga show and to attend one of the community yoga classes led by lively and extremely intriguing, Coby Kozlowski.

Just outside the main entrance the Massachusetts based Kripalu RV cozied up to the curb and offered a flavoursome vegan dish. And not too far down the street Juice Press was suppling the thirst quenching nutrient dense pick me ups. Both of which were essential after a full day of movement and wisdom-rich workshops.

What is it about this type of community that is so humbling and mesmerising to witness? The hundreds of vibrant, eager individuals with yoga mats in hand. The mentors, the gurus, the possibilitarians, the spiritually evolved, the out-of-towners, the beginners, and the newly curious, all knitted together to create this yearly gathering, The Yoga Journal Conference.

It’s an occasion where you can step into a community and curiously explore the idea of yoga in it’s many forms, from any level, and truly feel welcomed. The chance to experience a genuine community of kindred individuals spanning the entire globe. An opportunity to integrate with a  variety of cultures for the Universal Language that is Yoga within a city known quite well as the cultural mecca of our time.

There was no hiding that this specific area of town was walking on air, or maybe it was simply a personal vibe high from shaking limiting fears up and out in the African dance workshop – either way I felt humbled to be a part of the noticeable crescendo of good spirits in NYC’s frequency. 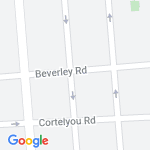