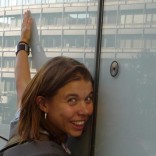 Surely by now you’ve heard the buzz, read the reviews or caught an interview on TV, right?

We’re talking about a movement that has made the world look not once, not twice, but over and over.

It’s been ranked by the Alexa web-trafficking site as number one on the list of “movers and shakers” on the Internet. Still doesn’t ring a bell?

If you’re hungry for the contentment found in the truth of love, joy, relationships, money, health or happiness, then pick from your menu of desires and “place your order” with the universe, because thoughts” make” things.

According to The Secret, it is.

The first feature-length film to be released in all corners of the globe at once, The Secret was created by Rhonda Byrne after she discovered a 4,000-year-old secret in the spring of 2004 that turned her life into everything she’d ever wanted.

As time passed, she encountered only a select few who shared her life-changing discovery and it became her mission to bring it to people all over the world.

The film states an impressive list of leading figures throughout centuries past that lived with the knowledge of this secret and whose lives were successful because of it; the list includes people such as Beethoven, Abraham Lincoln, Mozart, Thomas Edison and more.

It also interviews 22 “secret teachers” who have found similar results in their own lives after using the secret.

These notable authors, philosophers, psychologists and other professionals help break down how its power can be used in everyday life, with some giving step-by-step instructions and practical applications to help those just discovering this knowledge.

And this isn’t a film you watch just once and stick on your shelf as an aesthetic element in the living room. It’s a tool meant to motivate and transform you. It’s something you can use to harness your dreams and make them a reality. And you don’t have to throw that lasso too far either.

I’ll let you in on another secret it’s already in you. It’s in all of us, we just lose in the mayhem that can be our lives. Learning to keep it active is the key”, but wait”, perhaps I am saying too much. You see for yourself.

The Secret can be ordered via the film’s website for $29.95, or it is available for a single viewing on your computer for $4.95.

Read next >> Zone out TV