After a long day of searching for the perfect holiday gifts for my loved ones, dinner at The Plant CafÃ© Organic ”“ an extraordinarily  planet-friendly cafÃ© in San Francisco”™s Marina District ”“ was a welcome change of pace. A few tables are arranged out front on Steiner Street, though it was a bit too chilly to be noshing outdoors on this particular night. Walking in, my friend and I were greeted by a wealth of freshly cooked smells, and we eagerly prepared for a real treat.

Perusing the menu ”“ printed on 100% post consumer waste recycled paper with soy-based inks ”“ I realized that I would have to visit here many more times to be able to enjoy all of the enticing items they serve. The Plant CafÃ©”™s weekend brunch would need a visit, featuring many tasty vegan options. Another outing here should include one of the custom-created salads. With over 50 items to choose from, your body and soul will thank you.

The menu itself is quite helpful, in that all dishes that are already vegan are clearly marked. Also, if one of the ingredients is not organic, that is listed as well. If you are a veggie and you spot a dish that looks quite tasty but includes meat, do not fear, just ask them to substitute tofu, no questions asked. Even traditionally non-vegan elements such as pesto and mayonnaise are available in vegan-friendly version. Nearly all of the items on the menu, even the entrees, are under $10. This is quite an accomplishment by executive chef Sascha Weiss, who once worked in San Francisco”™s famous, and  expensive, vegetarian gourmet restaurant,  Millennium.

Following some helpful suggestions and information from the cafÃ©”™s staff at the counter, we placed our orders, received a number and found a seat at a just-bused table along the wall. The dÃ©cor makes escaping the bustle of the Marina effortless. Using sustainable materials, The Plant provides  a distinctive Scandinavian feel. The walls and ceiling are lined with slated grain-enhanced wood and the seating is a simple arrangement. The blue lighting behind the bench seat along the wall lends a homey, comfortable vibe. There is no rush to get back into the chaos of the holiday season.

We were not seated more than three minutes before all of our food, including dessert, was served. Finding it difficult to resist any Italian-style dish, I chose the seasonal pasta entrÃ©e, which happened to be penne pasta in a hearty tomato sauce with fresh basil, garlic, red wine, olives and capers. That display of sweets at the counter had called to me, resulting in a slice of carrot cake with cream cheese frosting accompanying my dish. My accomplice, having a much larger appetite, ordered the mango spring rolls for an appetizer, the rice noodles entrÃ©e with added grilled chicken, and a large cup of coffee.

Upon taking my first bite, it was clear that their dedication to organic and local ingredients was no simple promo ploy ”“ it was genuine. All of the flavors, including the vegan capers, meshed seamlessly and the textures of all ingredients adhered to the pasta, making it all the easier to enjoy. Portion-wise, this was a sound amount; I felt nourished, but not weighed down, which happens after so many meals, especially with pasta. Though the appetizers are perfect for sharing, my comrade made them disappear before I had a chance, proving just how tasty they are. He had many good things to say about his entrÃ©e: moist chicken, dead-on broth, unique but great mix of vegetables. The only thing he wished for was some bread on the side to soak up the rest of the broth.

Saving my carrot cake for later that evening, I had a hard time resisting it during the ride home. Later, while nestled on my couch, I discovered the moist, full-flavored cake, not overloaded with icing ”“ I can”™t think of any better way to end such a good meal. Need a break from seasonal rush? Feeling peckish after an intense day of work? The Plant CafÃ© is the place for you!

Check out our other review of the Plant Organi CafÃ© here 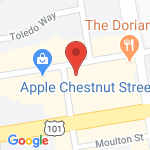