If you’ve been to Bali, you are certain to have seen the majestic, sprawling green rice fields blanketing the country. They may just be our favorite part of Bali and here's why: the story, beliefs, and process behind the cultivation of rice on the island is fascinating.

Developed in the 9th century, the irrigation (water management) system for the rice paddies in Bali is called Subak. For the Balinese, irrigation is not simply providing water to the plants, but rather the water is used to construct a complex artificial ecosystem. The cultural landscape of Bali consists of five terraced rice fields, covering nearly 49,000 acres (20,000 hectares), each with its own sacred water temple.

This ecologically sustainable system binds Balinese agrarian society and the villages' traditional community center and temples. The water management falls under the authority of the priests of the water temples, who practice Tri Hita Karana Philosophy – a relationship between humans, the earth and the gods. Tri Hita Karana draws together the realm of spirit, the human world, and nature. Water temple rituals promote a harmonious relationship between people and the environment in which they live, through the active engagement of ritual concepts that emphasize dependence on the life-sustaining forces of nature.

This philosophy was born of the cultural exchange between Bali and India over the past 2,000 years and has completely shaped the landscape of Bali. The Subak system of democratic and egalitarian farming practices has enabled the Balinese to become the most successful rice growers in the archipelago, despite the challenge of supporting such a dense population. Rice is seen as a gift of God and the subak system is part of temple culture.

Components of Subak are the forests that protect the water supply, the terraced paddies, rice fields connected by a system of canals and tunnels, villages, and temples of varying size and importance. A line of volcanoes across the landscape has provided the island with fertile soil which, combined with a wet tropical climate, make it an ideal place for farming. Water from the rivers has been channeled into canals to irrigate the land, allowing the cultivation of rice on both flat land and mountain terraces.

The temples are the main focus of the whole system and mark either the source of water or its passage through the temples on its way down to irrigate the land. In total, Bali has about 1,200 water collectives and between 50 and 400 farmers manage the water supply from one source. There are 5 sites that exemplify the interconnected natural, religious, and cultural components of the traditional Subak system:

Supreme Water Temple of Pura Ulun Danu Batur – located on the edge of Mount Batur, its crater lake (Lake Batur) is regarded as the ultimate origin of every spring and river.

Subak Landscape of the Pakerisan Watershed – the oldest known irrigation system in Bali.

Subak Landscape of Catur Angga Batukaru – its terraces are mentioned in a 10th-century inscription, making them amongst the oldest terraces in Bali and prime examples of classic temple architecture

Royal Water temple of Pura Taman Ayun – the largest and most architecturally distinguished water temple, presenting the fullest expansion of the Subak system under the largest Balinese kingdom of the 19th century.

Each of these architectural sites is actually inspired by several different ancient religious traditions.

Subak has survived for over a century because its people are obedient to these ancestral traditions. Water distribution is done fairly and equitably, every problem that arises are discussed and solved together; even the timing of planting and determination of the type of rice planted is done as a community. Sanctions against any violations are determined by the people themselves through ceremonies and rituals performed in the temples. Harmonization is the key factor in the preservation of Subak Bali. Subak members, also called Krama Subak, are the farmers who cultivate the rice fields.

After 12 years of efforts by the Balinese government, Subak was approved in St. Petersburg as a UNESCO World Heritage site – a huge honor to the country and its culture. In 1981, to introduce and preserve Subak as an ancestral cultural heritage of Bali, the Subak Museum was established in Tabanan, which aims to introduce the younger generations and tourists about this ancient system still used today.

The subak system is a truly authentic, deeply ingrained and respected part of Balinese culture and we hope you’ll pay a visit to the main rice terraces now that you know where the system came from! 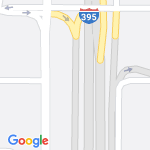