an invigorating juice cleanse by juice and shine

There is usually something festive kicking off in Bali. The island of gods could quite easily be renamed “the island of celebrations” with an abundance of festivals, holidays, cultural events and activities.

Saraswati Day is a traditional Balinese holiday – also known as ‘knowledge day’ – is dedicated to celebrating the knowledge given by God to the Hindu goddess Saraswati, a representation of wisdom and insight. It is held every six months (210 days) on Watugunung (the last week of the Balinese calendar).

Saraswati is the guardian of words, music, and aesthetics. She symbolizes the free flow of consciousness and understanding, and is regarded as a source of inspiration for those who wish go beyond mere sensory pleasure and ultimately attain enlightenment. It is believed that without her, the world is filled with chaos, confusion and ignorance.

In Balinese sculptures and paintings, Saraswati is depicted as a beautiful woman with four arms, each one clutching a different tool: a zither, scriptures and rosary beads.

The word Saraswati derives from the Sanskrit words ‘sara’ and ‘swaandthi’, which together translate to ‘one who gives meaning’. It is also said to mean, ‘the one who is a stream of knowledge’, able to inform and impart wisdom to those willing to study and learn.

Saraswati Day is celebrated across Bali in temples, homes and offices. On this holy day, Balinese Hindus commemorate and give thanks to the goddess through dance, offerings, rituals, songs, prayers, and gatherings. In many schools, students practice rituals, such as performing traditional dance and singing holy songs from Hindus Scriptures.

It is common to see many people avoid reading or writing on this day as books are usually offered up to Saraswati. Then as the evening unfolds, religious books will be read as an act of respect and reverence for the goddess.

Since Saraswati Day is not officially a public holiday, most offices, shops and schools are open as normal, but the morning is dedicated to prayers and ceremonies. This is seen as an act of ‘collective remembering’ whereby individuals within the community examine themselves and reflect on their actions and beliefs, considering what needs to be amended and what knowledge ought to be acquired.

On the following morning, many Balinese will go to the beach to bathe and cleanse themselves through a ceremonial ritual.

Saraswati Day will be next celebrated on Saturday 13th October 2018 and then May 11th 2019, December 7th 2019 and July 4th 2020 in villages and temples around the Island. Keep an eye out for a colorful array of public celebrations, decorations, and activities, as the local Hindu community gather to worship and honor the beautiful goddess of Saraswati.

Read next >> uang kepeng: the traditional money of the balinese 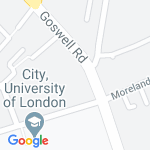