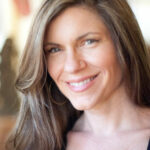 My first impression of Ana Forrest? One word: FIERCE. In 2005, I (along with 75 other yogis) attended one of Ana’s workshops; In a hot studio, in St. Helena, California, Ana cajoled us to clear the junk, the stuck emotional debris, which hardens us and ultimately sickens the body. Totally Ana, totally FIERCE.

So, it’s no surprise that Ana’s new book carries the title, Fierce Medicine: Breakthrough Practices to Heal the Body and Ignite the Spirit, just published by HarperOne.

Ana’s book is an invitation to work with her and heal – particularly for people who aren’t able to make it to her classes and need a daily reminder and attunement of her fierce medicine.

Look for the section that runs through most chapters entitled, “Dharma Jousts.” Ana uses this term to reframe a situation by asking: “What can I do differently, right now, to disobey the dictates of whatever is trying to lead my life?” I won’t steal Ana’s thunder by giving her jousts away here – you’ll have to buy her book.

She also features some new sequences and is always innovating new ways to do asanas or yoga poses in a way that is least likely to injure the body. Preventing or healing injury, particularly in the midst of a yoga revolution with millions practicing yoga in a way that may cause harm, is worth the price of the book alone.

In summary, buy this book. Ana is a master healer, guide and teacher, and draws far beyond the scope of orthodox yoga to both Native American wisdom and her own tumultuous path to get you, in her words, to evolve or die.Fierce.

Also Read>>> Ana Forrest a Teacher out of the Ordinary 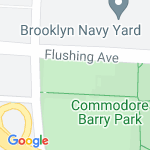