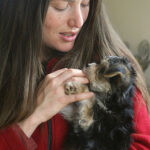 If practicing yoga can take you to nirvana, imagine experiencing nirvana in paradise. Too much of a good thing? Not if the burgeoning popularity of yoga vacations is any indication. Fifteen to 20 years ago, savasana is what most people thought of as a yoga retreat. Back then, yoga-centric tourism offered only a few trips to India, but now almost any getaway destination is game for a yoga holiday.

The popularity of yoga retreats has spiked. Yoga magazines, yoga studio bulletin boards and yoga teacher websites teem with ads for retreats. These days many teachers with a following, from big names to local instructors, offer students a chance to deepen their practice in a distraction-free and idyllic setting. In this crowded market, how do teachers distinguish themselves and capture market share? How lucrative is it? What are the pitfalls and advantages of hosting a retreat and how do new teachers start out? We asked a few seasoned yoga retreat leaders to share their advice on planning successful local and international getaways.

According to yoga business coach, AlÃ³n Sagee, yoga vacations are favored by active types who want to go deeper into their practice while enjoying all the perks, beauty and relaxation of a vacation. People can vacation alone yet plug into an instant, like-minded community. And because of the cost, many retreats (especially international trips) cater to affluent students. To set themselves apart, many retreat leaders offer value-added features or themes for their trips, such as ayurveda, massage, tantra, restorative yoga or meditation.

Popular destinations for retreats outside the continental United States include Costa Rica, Mexico, Hawaii, Thailand, Bali and India. Some teachers combine their personal vacations with scouting sessions for retreat centers, while others do rigorous Internet research or rely on word-of-mouth to choose their destinations. The popularity of yoga vacations has given rise to a crop of hotels that specialize in hosting yoga retreats. These places tend to be a bit pricier but make most of the arrangements for you. Many teachers prefer to do their own planning, going to less expensive locations off the beaten path. For first-time retreat leaders, language barriers, distance, lower living standards, cultural gaps and organizational glitches can make planning extremely challenging. First timers should seek support from a mentor, hone organizational skills by starting out locally or gain confidence by going to a preplanned yoga retreat center.

Because international retreats require significant financial and time commitments for both teacher and student, many instructors prefer to host local retreats. San Francisco teacher Amy Kahn offers low-cost retreats in Sonoma for people who “take good care of themselves, but don’t have lots of money”. Creativity helps her and her partner keep the cost of the retreat down to between $75 and $150 per person per night. Her value added for her latest three-day retreat is hot tubbing, massage seminars, tarot reading, ayurveda lessons and daily hikes. After doing two retreats a year for three years, she says she can plan the retreats in her sleep.

Marketing for retreats, according to San Francisco yoga teacher, Darren Main, is based on word-of-mouth and the size of a teacher’s email list and following. Printing up postcards and posters is a wasted expense as few students go on international retreats with teachers they don’t know. Main, who’s been planning retreats for a decade, says his experience shows that a teacher’s e-mail list is their best resource. For every 100 people on his list, only one will sign up for an international retreat and five will go on a local retreat, he says.

According to yoga teacher Stacey Rosenberg, filling retreats takes momentum. “My friend’s first retreat didn’t get enough people, but she didn’t cancel the trip and lost money. But everyone came back and told their friends how great it was and this year her retreat is full.”  Rosenberg says it takes her four to six participants to break even, and it’s worth leading a retreat that small to create buzz for future trips. Before attempting international retreats, Rosenberg got her feet wet locally. When her local retreats began to fill after sending out just one e-mail, she felt ready for an international venture.

These days, we can not afford not to rely on social media as well so if you don’t have a Facebook or Twitter page, “dropp your story about social media and start now” says Adam Hughes, yoga teacher in the New York area.

Pricing retreats can be tricky. Teachers need to cover the cost of their trip, lost teaching time, the tuition for yoga and the time it takes to organize. The toughest thing in this financial equation, according to Rosenberg, is faithfully laying down a deposit without knowing if the retreat will fill. This situation can’t be avoided because most retreats need to be booked six months to a year in advance. But if the retreat fills and is budgeted right, it can be far more lucrative than teaching at home.

One lure of retreats is working in a beautiful place. “You can’t beat the commute to the yoga room from my hammock in the morning,” says Rosenberg. But as enticing as it might sound to teach yoga in Costa Rica for a week, some teachers warn that it’s no vacation. “It’s not that relaxing,” says yoga teacher Janet Stone. “You have to be on 24/7.” Constant responsibility for a group is why some teachers plan retreats with partners. Stone’s been organizing retreats with the same partner for years. While it helps to split the responsibility and work, the profits are also cut in half and there’s the risk of conflict. “You must know your partner well,” warns Stone. It’s also easier to fill a retreat by pulling students from two e-mail lists, but Stone suggests capping enrollment at 20 to keep it intimate.

After all the planning, keeping the group happy can be as simple as giving them plenty of free time and feeding them well. All the teachers interviewed for this article agreed that food is a key factor in leaving students with a good impression. “You can screw up anything except the food,” jokes Main.

Yoga retreats can be transformational for both teacher and student. And many retreat leaders find they gain more from the experience than just a week on a beach and some extra cash in their pockets. “In an hour and a half yoga class you can only go so deep. When you practice for hours every day with student you get to know well, deep spiritual and physical transformations can occur on the mat, “ says Stone. “That connection and getting students deeper into their practice is what makes my work so gratifying.”