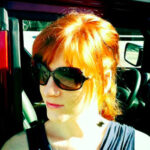 When Dan Storper, President and CEO of Putumayo World Music, began the label in 1993, world music was extremely limited in distribution and visibility in the United States. Today, Putumayo has sold more than 15 million CDs since it began, with 50 of its collections selling more than 100,000 copies each and several surpassing 300,000. World music has snuck into the mainstream in scores of countries. Dan Storper’s passion has helped make this possible. YT had the opportunity to visit with Dan and explore the journey that has led him to where he is today.

Lisa Johns: There are many interesting aspects of how you built Putumayo, what has inspired you and how you’ve connected your passions. How did this come about for you?

Dan Storper: I was a Latin American Studies major at Washington University in Saint Louis and my entry into the music industry came obliquely and partly evolved out of my interest in travel and other cultures. As a very young child, I was inspired by books about Dr. Doolittle and explorers who traveled to Africa and Latin America looking for everything from animals to lost treasures. Then, at age sixteen, my aunt and uncle invited me to join their family on a one-month trip where they would be overseeing an archeological excavation outside of Mexico City. It was an incredible experience that truly set me on the path towards what I am doing now.

LJ: I imagine it was not long before you found your way back.

Dan Storper: Yes, in fact I graduated in 1973 and worked for six months to earn enough money to make a trip back. In January of 1974, I traveled for six weeks through Columbia, Ecuador, Bolivia and Peru, through the Andes and the jungles. During one of my first days in Columbia, I saw this beautiful wall hanging, and I bought it. I thought, “Americans will really love this.” After visiting some of the museums and seeing where interesting crafts were being made, I just kept buying. I had about $3000, which in those days could go fairly far.

I just started shipping handicrafts back without any idea of where I would sell them. Then, once I got back, I traveled around the northeast setting up craft exhibits at galleries and sold the handicrafts wherever I could find an audience. Later, I found a little hole in the wall shop in the upper east side of New York, a small 200 square foot store that I named Putumayo. It was funky, but people in New York found it charming. Not long after I opened, we started getting written up by Vogue and Mademoiselle and developed a following among women who were interested in ethnic clothing, hand-knit sweaters and handicrafts.

LJ: Where does this name, Putumayo, come from?

Dan Storper: Putumayo is a little river and valley in southern Columbia, in a town called Sibundoy that I collected crafts from. I found it to be extremely beautiful and it was symbolic of what I loved about the world and Latin America.

LJ: How did the store translate into the birth of a World Music record label?

Dan Storper: To some extent, just to survive, I started designing clothing because clothing sold much better than crafts. I started a wholesale business and sold to other retailers””some 600 boutiques across the US.

The music came along at an interesting moment. I was in San Francisco in Golden Gate Park on my way to an art exhibit and there was this African group, Kotoja, playing the last couple of songs from their set. There were people of all ages and backgrounds dancing and having a great time. I made a note to see if they had any music to sell, finally tracked down one of their CDs and loved it! A couple of days later, I walked into one of my stores and thrashy metal music was playing. I didn’t think it was appropriate music for a store that focuses on international culture, crafts and clothing.

LJ:  Did this performance you saw in San Francisco pique an interest in world music or had you already developed a love for music during your travels?

Dan Storper: When I first started my shop in New York, I would play records that I brought back from my travels, particularly from Bolivia. I would mix in some Van Morrison, Bob Dylan and other musicians that I enjoyed. But it was this event in San Francisco and the music in the store that really made me look again at music.

I ended up working something out with a company that was referred to me by the founders of Banana Republic. Through a group called the Social Venture Network””a non-profit group that I belong to””we came up with the concept of an in-store playing tape. I picked the music, sequenced it and then they sent the tapes back to each of the stores. As soon as we played the first tape, we immediately started getting calls from the managers saying, “You have no idea what amazing thing is happening! Not only are customers coming up every couple of minutes asking about the songs, but I’ve never seen our staff so upbeat!” It was clear that the music had a profound impact.

LJ: And so Putumayo World Music was born?

Dan Storper:: That’s right. As luck would have it, the Social Venture Network had many interesting members, including the founder of Rhino Records. I talked to him about creating a series of world music compilations. I picked the music, coordinate the liner notes and packaging, while they did the licensing and manufacturing. They sold it to record stores first and then to gift stores, clothing stores, cafÃ©s and other places. I was seeing that it had great potential and decided to sell my clothing company so that I could focus on the music business.

LJ: Putumayo is now celebrating its fifteenth year, what is on the horizon?

Dan Storper: Our first album came out in 1993 and as of 2007 we had surpassed twenty million albums sold and are now in over 100 countries! Our focus has been thematic collections and although the traditional record market has seen declines, we are seeing growth in a number of different areas. I moved to New Orleans a few years ago and opened a Putumayo World Music office on historic Magazine Street. This led to one of our newest releases, New Orleans Brass, which has been well received and was a lot of fun to work on.

Also, we recognized the power that music has for kids. We developed Putumayo Kids and have released a dozen children’s compilations that have become extremely popular around the world. We are also working on a book series””one on India and the other on Morocco. We’re developing a children’s TV series project and of course, there is the ever-expanding website, putumayo.com that continually evolves into a place where people learn about other cultures.

LJ: Putumayo has contributed more than a million dollars to non-profit organizations in regions where the music originates. What inspired you to build a more conscious business model?

Dan Storper: It was partly a by-product of the membership that I had at the Social Venture Network. I was able to listen to people talk at different conferences””the people behind companies like Ben & Jerry’s and The Body Shop, who were influential and made me realize that a conscious business model is possible.

LJ: Do you have any advice based on your own triumphs or mistakes that might help other entrepreneurs?

Dan Storper: I think the two most important things are to, first, try and identify what you like doing in life and focus your efforts on doing more of that. The more passion you feel for your activities, the more you are likely to be successful in them. The second, is that you have to be persistent and believe in what you are doing. You are going to be knocking on many doors and there will always be some challenge””people are going to be busy and sometimes they are not saying no, they just do not have the time to deal with things. So you have to find the right way to make the connection happen. However, if you are persistent and you follow your passions, there is a strong chance that you will make it.