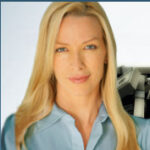 Vanessa Summers teaches a holistic approach to money in her…

making money while making a difference

The beauty of socially responsible investment is that each individual’s values and vision of a better world can be addressed through the plethora of investments that exist. Some investors are more concerned about environmental problems, some feel strongly about how companies treat their employees, while others worry about the societal effects of certain products such as tobacco, weapons or alcohol.

The origins of socially responsible investing came into full stride in the last 20 years. Originally, it was initiated in the 1980s as part of the campaign to eliminate the institutionalized racial discrimination of apartheid in South Africa. As the criticism of South Africa’s apartheid regime gained momentum, 25 US states and 83 cities protested by yanking their investments out of the country. Subsequent research indicated that the effort did push down the stocks of targeted companies. A 2002 study published in the journal Business & Society found that when the divestment campaign in South Africa ended in 1993 with the fall of apartheid, the stocks of 87 boycotted US companies with interests there increased significantly in 40 trading days.

Today there are numerous environmental and social concerns for socially responsible investors to rally around. Incidents like the Exxon Valdez oil spill or the Bhopal Union Carbide plant disaster, along with repeated warnings about toxic waste, global warming and other environmental threats, continue to reinforce the seriousness of environmental concerns for responsible investors. Pressing social issues such as diversity in the workplace, employee benefits, human rights in oversees factories and socially destructive products such as tobacco, now provide fertile ground for investors to base their choices on.

One heartfelt campaign to force companies not to invest in Sudan is moving to new territory: mutual funds. For years, Sudan’s Darfur region has been the scene of brutal militia attacks that have left hundreds of thousands dead from violence described by the United Nations as getting support from the Sudanese government and by the Bush administration as constituting genocide. At the same time, Sudan is home to investments by large international companies that are fixtures in many Americans’ mutual funds and retirement plans.

In recent months, an array of efforts has been launched to press companies, pension plans and now mutual funds not to do business in Sudan. The goal is to urge Sudan’s government to put an end to the violence in the same way that these tactics helped to end apartheid. Sudan and its government-sponsored Janjaweed militia have committed pervasive violations of human rights in Darfur since early 2003, earning the designation of the first genocide of the 21st century.

The atrocities taking place in Darfur have been identified as genocide by unanimous declaration of Congress in July 2004, by two Secretaries of State and by the president of the United States. The genocide in Darfur has resulted in the deaths and displacement of millions of Darfuris, and is continuing to claim victims. There is a well-established link between the oil industry in Sudan and the revenue of the government of Sudan, which funds increased arms and continuation of the genocide in Darfur.

There have already been some successes in the campaign to divest out of Sudan. Earlier in the year, Siemens AG, the German electronics giant and a target of activists, said it would pull out of Sudan for “humanitarian” reasons by July. A few months ago, Siemens defended its Sudan presence, saying it was helping develop the country.

Lawmakers in Texas, Nebraska and Colorado in recent weeks have introduced measures forcing state pension funds to divest, following the lead of California and others that have already done so. Activists are now broadening their campaign by targeting specific US mutual fund companies who are invested in companies that have major Sundanese projects such as the Chinese oil giant PetroChina.

Discussing this issue publicly, actress Mia Farrow said in an interview, “I’m certainly not Brad Pitt, but in my own small way I can do something.” Social investing comes naturally with the realization of the influence corporations have on our quality of life, and on the world’s future.

People interested in contributing positively to our collective future would do well to consider the impact they could have if they invested according to their highest expectations for our future, which offers the opportunity to influence modern government, corporate behavior and encourage positive social change.

There are several Web sites that now offer investors the opportunity to see if a mutual fund has Sudan-related investments: