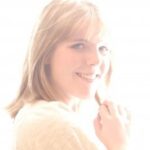 I grew up in a small town in rural Alberta,…

Natalia Perry first came to Bali 10 years ago on an around the world trip. She quickly fell in love with Bali and its people and returned home with a dream to one day start a charity on the island. In 2008, she started the Safe Childhoods Foundation. (SCF).

“Bali has a very strong vibrational energy. Generally, the Balinese people are incredibly peaceful and in rural Bali, they’re living in ancient tribal farming communities; their society and culture is deeply ancestral and as a modern Westerner, their collective wisdom suggests that, in many ways, this is how we should all be living.”

The period of childhood is precious and childhood trauma can have a lasting effect leading to difficulties in adulthood which can also carry over into the next generation. Natalia’s aim with Safe Childhoods is to protect vulnerable children from abuse and trauma by providing loving, nurturing care alongside her dedicated Indonesian team.

“In Indonesia some problems in childhood are related to issues of poverty and some to issues of abuse, exploitation, or neglect,” explains Natalia.

With projects ranging from a Slum School in Denpasar to an Ethical Clothing Line, Safe Childhoods is gaining momentum as they negotiate the complex culture and challenges associated with aid work.

The Slum School was opened in September 2010 and teaches children from 2 slum communities in the heart of Denpasar.  “The children who attend the school are the very same children that you can see begging on the streets of Kuta from around 4pm-2am daily.”  The school consists of a room painted with trees and flowers where children voluntarily attend classes 5 days a week from 10am – 1pm and are learning basic literacy and English from their teacher, Anggie, and volunteers from SCF.

“The mothers themselves come from an impoverished background; they are illiterate and have no way of earning a living other than by keeping watch as their children beg to the tourists.  Recognising the need to break this cycle, we asked the mothers if they would be willing to learn how to sew – they were very eager!” says Natalia.

The sewing project was started in the back rooms of the Slum School where the mothers can attend sewing lessons and learn how to make clothing for Safe Childhoods’ ethical clothing line, whilst knowing that their children are safe next door. The mothers are payed a fee for each item that they produce.  As their skills increase, the wage that the mothers earn from the clothing will surpass the amount that their children make from begging.

“One of the side effects of having no education is that these women are sometimes more vulnerable to domestic violence; violence that the children are also then exposed to,” says Natalia. “If we can create jobs for the mothers then they are in a better position to distance themselves from the abuse.”

When the Safe Childhoods team arrived, they were astonished to find three generations of families living on the site. However, the community had joined together to fund three 14 year old girls to go to school on the condition that they would then teach the rest of the children in the community.  Seeing that the community took education very seriously, the team decided to take over funding the girls’ education as well as paying them a small salary to continue teaching in what has become Safe Childhoods’ second Slum School.

“When there is a class on you just wouldn’t believe how focused these kids are. They are so serious about their studies and their handwriting is beautiful and their maths is fantastic,” says Natalia. “You see documentaries of African kids banging on the doors to go to school and crying because they can’t afford the fee of two dollars a month. When I saw the kids in their classes at Trash Mountain, I saw that same eager determination to try and change their future. It brought tears to my eyes.“

On June 17th, 2011, a fire started in the school burning it to the ground and also destroying three homes nearby. Luckily, no one was injured, but Safe Childhoods now faces the task of trying to rebuild the school within the very complex community. For now, classes are continuing under a make-shift piece of tarpaulin.

In the mean time, Natalia and her team continue to work hard as the projects become more established. She also hopes to one day launch projects in South America and Africa to help other children around the world.

“I felt that it was important for me to grow as a young woman in this environment, among these people, and for the charity to develop its firm roots imbedded in the Balinese culture,” says Natalia. “Later I would like to develop projects which support the child soldiers of Sierra Leone, among others, but, for now I feel like we need to stay grounded here in Bali and prepare for bigger things.”

Read next >> Intentions for the Modern Dad