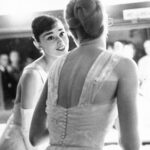 growing from follower to leader…the path to rebel buddha

My elementary school best friend was always a bit shy. Her and the three of us girls were a close group of four friends who spent all of our time together. Every year, our shy little friend had the best birthday parties, an event that we all looked forward to. On her thirteenth birthday, however, things were a bit different.

Cancer was something that the four of us girls did not know much about. What we did know was that it was something to worry about. That year, our friend’s mom was diagnosed with cancer. Flooding our friend’s phone with loving and supportive messages, we expected her to reply differently than usual. What we found, however, was the same sweet little girl who never stopped smiling.

Four years passed, three of us moved away, and successful chemotherapy had restored our hope. Our friend’s mom grew back her golden locks and looked as radiant as before-or so we heard. So we smiled over the phone, not knowing that these 4 years of recovery were to relapse, taking with them our beloved golden-locked auntie.

It was not until two months after she passed that I heard about it. “Why didn’t you tell me sooner?” I asked her closest friend. “She doesn’t want anyone to know.” That reply confused me. A few weeks later I was visiting my old friends and surely enough I saw her. I saw her laughing, smiling, and talking as if nothing had ever happened. She still referred to her family as “my parents”, as if she had forgotten the fact that her mother had passed away. After a while I realized it is not that she “doesn’t want anyone to know”, it is that she herself does not want to believe the truth.

Denial is powerful. It does not show strength however; it shows weakness. Weakness to face one’s reality and the fear of allowing oneself to feel. Denial makes a ticking bomb of its victims. How long can we go on not wanting to hear or believe the truth? How long can we keep our feelings locked out before they build up and explode? The answer is different for everyone. I have come to realize that all we can do for a friend or relative who is stuck in the stage of denial is to be there for them. So I will continue to be there with support for my elementary school best friend, no matter how long it has been since we have had a one to one conversation, and I will hold her hand when the ticking stops and her unshed tears cannot be stopped any longer.

Read next >> song of the new earth