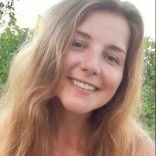 Taylor is a contemporary soul seeker. Growing up amongst endless…

What is a gong?

A Gong a percussion instrument, made of a round metal disc or bowl, struck to produce or contribute to percussion in music and other sound practices. Gongs are traditionally used for musical purposes, especially in countries like China, Indonesia, and Burma. However, gong sounds are so powerful that the instrument is used for more than just musical enjoyment.

In many cultures and historical periods, gongs don’t only play vital roles in entertainment; they are also used as sound markers for ceremonial events and tools for physical, emotional, and spiritual sound healing.

The history of gongs

In other East and Southeast Asia areas, Gongs are still heavily used for their traditional purposes. Did you know that “Gong” is an Indonesian word? This instrument continues to maintain strong roots in Bali and Java Indonesian islands.

Other sources suggest that the disc-like instruments were unearthed during the Bronze age when ovens melted and extracted tin and copper from rocks. The discovery of more ideal alloys that would make quality material that produces powerful long vibrations would date back to at least 4000 BCE. However, if they were first formed somewhat out of basic materials, they may be able to be drawn back as early as 10,000 BCE.

Though booming today, gong baths and sound healing were also popular in ancient European times. Evidence of sound as a healing practice has been found in records from ancient Egypt, Greece, Rome, and England, with a roman gong dating from 100-200 BCE. The gong instrument’s current presence in western culture started in the 1700s and continues to gain appreciation.

How are gongs made?

Gongs are formed from discs of different metals, bronze being the most common. Other copper alloys like brass are also often used to make gongs. Their production usually takes place in factories where other metal instruments like chimes and bells are made as well.

How much does a gong cost?

The price of a gong depends on many factors, like size and quality. You can find some mini gongs for sale at as low as $25, usually of a smaller size and with simple decoration.

If you were thinking more of a big size gong, with complex decorations and a powerful sound, then the price grows easily, starting from $100 till reaching thousands of dollars.

The 3 basic types of gongs

You may be familiar with bowl gongs, often called “singing bowls.” The bowl shape allows the metal to create more bell-like sounds than more traditional gongs for sale.

They are also tuned by shape and create different pitches according to size.

Their precision makes them ideal for sound healing and other practices where the practitioner may want to focus on producing a specific sound vibration. Practitioners can strike or rub the singing bowls to make the desired sound.

Suspended gongs are flat discs with holes near the top of their outer edge for a cord to run through and attach the gong to a frame from which it hangs. The gong is hit with a mallet and creates a definite pitch because the percussionist does not hold them in place.

Suspended gongs are most often used for orchestras and operas. Examples are the wind gong, the tiger gong, and the Pasi gong.

Nipple gongs have a raised knob or “nipple” in the center of the disc. These nipples are also known as “bosses,” explaining the nipple gong’s alternative name, “bossed gong.”

Nipple gongs are traditionally used in Filipino music, referred to as Kulintang. They are also often present in Buddhist temples as their sounds have been a sacred piece of Buddhist cultural practices for centuries.

What is the purpose of a gong?

The gong is essentially a source of powerful, moving sound vibrations. What these vibrations are used for can vary by culture, group, or practitioner.

As an instrument, gongs are revered for the force of the sounds they can produce. Their force and intensity make them valuable pieces of any musical genre. The variety of sizes makes gongs suitable for all sorts of melodies.

The larger gongs that make a deeper sound are perfect for the low boom you feel moving through your chest. Smaller gongs with higher pitches work well for clings and crashes.

Musicians can play with different makes to find the gong sound that suits their song. Opera gongs are great examples of how the right gong can accentuate even the most specific types of music.

Because of the profound force of the gongs sound, it is often used to accompany important events. During critical moments in spiritual ceremonies or rituals, the gong is used to pull the people back into the moment. The strong vibration urges them to feel their presence and the significance of the event in which they are participating.

Gong sounds are also a method of communication because you can hear them from so far away. Banging the gong could signal a particular time of day or a special day of the year. It also could be used to let a community know an event has taken place and that they must take action.

Meditating with a gong is also called gong bathing. The participants are actually bathing in the sound vibrations that the instrument produces. There has been more and more research on sound frequencies and their effects on the human brain and other bodily systems.

Sound bathing can be used to manage health conditions. As yogis, it is commonly understood that we hold stress and other factors in the body.

Stresses cause cells to vibrate at low frequencies, which can lead to disease and other ailments that affect the quality of life. The powerful sound waves from the gong are not only heard. They move through the entire body and create movement and transformation on a cellular level.

Gong sound waves are also used to adjust a person’s brainwaves, creating a heightened sense of awareness. The waves help relax the mind and bring them back into the present moment. Sound meditation gives participants the same mental and emotional benefits as regular meditation but with an extra boom.

Different-sized gongs, especially singing bowls, are used to resonate with different dimensions of a person’s body. Some sound healers have a singing bowl handy for tuning each chakra.

How is sound meditation practiced?

The practitioner or guide will queue the participants through the stages of sound healing. Soft, gentle sounds are used to begin the session and ease the bodies into an even more relaxed, present state. Gradually, the volume and intensity increase, but only enough to remain comfortable and non-intrusive so that healing can take place.

Savasana is the standard position in gong baths because it allows you to relax and open up to the vibrations. Resting with eyes closed and possibly accompanied by a blanket and other favorite props sets the participant up for the experience.

The gong sounds and rhythms change throughout in a way that continues to stimulate the participants and activate different brainwaves.

The alpha brainwave state vibrates between 8 and 12 hertz and encourages relaxation and imagination associated with daydreams and creativity. Theta brainwaves vibrate between 4 and 7 hertz. The theta state is the state of hypnosis, meditation, and deep healing.

In China, Gongs have been used since at least the 800s BCE, and they are often used for spiritual events and tribal meetings. Three types of Chinese gongs are traditionally present in the Chinese gong family.

The Chau gongs are traditionally made gongs, producing a combination of sounds such as basic tones and the famous crashing noise. Chau gongs were mostly used to grab a crowd’s attention so important people could make their way through.

Bao gongs are thick with protruding nipples, and they produce an intense, deep, and focused tone.

Opera gongs are the smaller ones that make high pitches that descend or ascend when hit. As you may have guessed, opera gongs are used for Chinese opera as they create a sound that is less earthy and more “song-songy.”

“Balinese gong” may sound like it refers to a different type of instrument used in Balinese music, but it actually refers to the actual ensemble of music in which gongs are used.

The full term for this genre of music, native to Indonesia, is “Gamelan Gong Kebyar.” If you’re curious about its sound, know that Kebyar is Indonesian for “to flare up and burst open.”

The gong cycle, referred to as the “gongen,” consists of groups of beats. “Gong ageng” refers to the gongen being divided into sections by the different types of gongs.

The smallest ones create the pulse, and the medium ones come in every 4 or 8 beats.

Gede, the largest and deepest gong, is used to finish the gongen. Gede is Balinese for ‘big,” and because of this, Gede is traditionally the most sacred sound and instrument of the Gamelan Gong Kebyar. Its sound waves have the power to break through the rest of the ensemble and travel miles away.

What is a tam-tam?

Though a tam-tam is considered its own instrument in the west, it is truly a member of the gong family.

Unlike nipple gongs that have knobs in the center and produce a definite pitch, a tam-tam is just a flat disc and is indefinite in pitch. Tam-tams and their chaotic vibe are used in orchestra to create a sound wash that marks a peak, dramatic moment of a song. Though you can achieve more tones on a tam-tam with different strikes and gong mallets, a melody can’t really be achieved.

What is used to strike a gong?

Wooden gong mallets, with a bulb at the end wrapped in felt, are traditionally used to hit a gong. In modern times, gong beaters are also wrapped in leather, and materials other than wood can be used. Some musicians might even use a drumstick. However, this affects the quality of the sound.

Why buy a gong?

In ancient times, people saw the metals that formed the gong as a gift from heaven that came down to earth in the meteorites. Since then, its use has not lost its value in musical, spiritual, and ceremonial aid.

If you’re looking for a powerful addition to your musical ensemble or a vibrational ally to help optimize your health, it’s time to bang a gong!