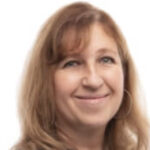 Karyn Mistrik is an Admin Support now At Josselyn Center,…

Inner peace is often presented as something for only a select few who go to the mountaintop, follow a guru, self-sacrifice, think positive thoughts, or spend years ohmming. With few voices saying anything to the contrary, Frank Kinslow, like many of us, bought into that belief, diligently pursuing various practices for years.

It was not until he finally gave up in defeat that he woke up to an easier approach, a process he calls Quantum Entrainment (QE), which anyone can incorporate into their everyday lives, just as they are.

A simpler path to our natural state of awareness

Frank Kinslow had his first experience of inner peace as a child living in Japan where his father, a U.S. Marine, was stationed after WWII. He had become frustrated during Judo practice so his sensei taught him a mind-over-matter technique that dissolved his anger and filled him with joy.

It was an extraordinary experience for Kinslow, and one that let him know there was something besides the hard-knocks, concrete, outer-world-focused life that was his norm.


From that time on, he spent decades trying to uncover more. As an adult, he meditated daily with a practice of two and a half hours sandwiched around his work and family, and retreated for months at a time to sit alone in remote places like the Swiss Alps, secluded Spanish beaches, and even Iowa cornfields.

He also explored approaches such as hypnotism, ascended masters, and alternative healing methods, and taught others what he was learning along the way through workshops, incorporating methods into his work as a chiropractor, and writing a book.

And, yet, after all that, when he reached his 60s, he found himself in despair, bereft of any lasting benefit from the practices he had long been cultivating. In the few years prior, he had already lost or let go of nearly everything—his marriage, family, home, friends, and business—and moved across country from Michigan to Florida to start anew.

Yet now he was ill, alone, deeply in debt, newly laid off from his job, and lost as to what to do next. And that’s when he finally got back to that inner peace in a way that changed everything for him.

“It was very humbling,” Frank Kinslow says. “I was sitting on my couch worrying about what I was going to do, where I was going to live, all that kind of stuff, and it came to me, that after 35 years of philosophical studying, etc., here I was worried about (of all things!) money. I knew that what I had done hadn’t worked so I sat there, trying different things (to find some relief).

As I sat, I had the perception that nothing in the universe is moving—that not only was nothing working, but that nothing was moving! I realized there was nowhere to go, and nothing to do. It was like turning on a light. So I did nothing. I had been experiencing a great deal of fear and anxiety and now I just watched them come and go. Each time they came back, they were a little weaker.”

For three days he sat, until finally his fear and anxiety were replaced with joy, peace, and love. By having done nothing but watch his thoughts, he found himself in the state of well-being that was the goal of all those previous decades of exploring and doing.

This doing nothing had brought a shift in his perception from being aware of his thinking to being aware of being aware. With this shift, instead of reacting to thoughts, emotions, or outside events, he could remain the observer and allow everything to arise without resistance.

“It’s our true Self,” Kinslow explains, meaning the eternal and unchanging Self behind the individual identity each of us builds up over our lives as we latch onto beliefs, habits and thoughts based on conditioning, experiences, and learning.

“You get there by subtracting, not adding. It’s like being a pole vaulter, once the pole (all our practices, trying and doing) has done its job, you have to let go of it or it will knock everything over. But because of our habits of mind and what we’ve learned, we’re always trying to take control. Our ego-driven mind says ‘I gotta do something!’ and it muddies the water.”

Of course, that’s also what made wanting to teach others his approach a little tricky. “So, if there’s nowhere to go, and nothing to do,” Frank Kinslow says, “how do you create a technique to do it?”

Without trying or doing, QE “tricks” the mind, flipping our awareness from our thoughts to the stillness of the observer that’s behind it all. There’s no need to fight, change, fix, or eliminate our ego, thoughts, or emotions since all of those approaches keep us judging what’s happening and therefore stuck in our mind.

It’s easy to know we’ve switched to the observer state because it brings what Kinslow refers to as Eufeelings, feelings such as joy, stillness, presence, peace, relief, or spaciousness that are the reflection of our true Self. Eufeelings are unconditional, that is, naturally occurring without cause, unlike our everyday feelings that fluctuate based on thoughts and circumstances.

Eufeelings may be slight or strong, but either way, returning our awareness to whatever that feeling is for us as we sit watching our thoughts for even a few minutes at a time brings us to a state of rest that supports physical healing, emotional well-being, intention work and healing of others. Nothing is separate from anything else, Kinslow explains, and since we’re all connected, that peace resonates between us and we directly affect one another.

“This state of awareness (of being the observer) is always there, even if we’re not aware of it,” Frank Kinslow says. “It’s not a QE thing, it’s a human thing. I just gave it a weird name. Most people want to run out and do something to feel relief; in QE we just maintain a link to our Eufeeling, the joy that’s already there.

Next time you want to do something, just become aware of your Eufeeling and observe; just watch, even if it gets uncomfortable, that’s human. For instance, if you watch it, sadness can feel beautiful and sweet, then it goes away and you’re done with it! If you’re trying to do something to get over it then you’re denying its deeper value and it stays. An observer can appreciate whatever life is serving.”

Kinslow jokingly refers to QE as meditation on steroids.

It throws out all of the dogma and returns us to the natural flow of Life. It is effortless, easy, and innate to everyone, he says, and “trying” is the dirty word. Even doing it just a few minutes a day makes it easier to naturally return to the observer state naturally and more often. “There’s no trying in QE; if it isn’t easy and it isn’t fun, then it isn’t QE,” Frank Kinslow says.

It’s so easy, anyone can teach themselves. For his part, Kinslow provides free downloads and a community forum on his website, has hosted programs through Hay House Radio, has several books, and teaches workshops in the United States and Europe.

His life has changed dramatically and effortlessly since his own shift four years ago. His health has returned, his debts are long paid off, he has remarried, he has reconnected more deeply with his children, one of whom is a QE practitioner, and he experiences the joy and peace he was long seeking. By remaining in a state of awareness, he is no longer swept up by his churning mind, and no longer trying to fix, change, improve, or hold on to life as it occurs.

Free of the emotional entanglements that such controlling gives rise to, he describes what life brings now as situations instead of problems, with solutions that unfold naturally. “Being self-aware is a shift from trying to fix your world to completely accepting it,” says Frank Kinslow. “Peace resides in the present.

When you pay attention to the present, the future takes care of itself. Nowhere to go and nothing to do—that’s the mantra of a person at peace.”

Below is a QE exercise taken from The Secret of Quantum Living, by Frank Kinslow. This exercise can be done for 3-5 minutes.

Sit comfortably with your eyes closed and let your thoughts wander for 10-15 seconds. Now, watch your thoughts with simple innocence like a cat watching a mouse hole. In time, your thoughts will become quieter or slower or disappear altogether. Continue to quietly observe whatever happens.

Soon you will feel a good feeling, stillness, quietness, lightness or a sense of expansion, your Eufeeling. Now observe your Eufeeling with clear but simple innocence. It will get stronger or change into another Eufeeling or thoughts will come.

Whatever happens, just observe it unfolding as if you were watching a movie. When you open your eyes, continue this simple process of innocent observation. Move around the room, slowly interacting with objects.

When you realize your Eufeeling has slipped away, just look again to see what you are feeling, your Eufeeling. Observe it for awhile, then continue to explore other objects.

Karyn Mistrik is a writer in Wilmette, IL. Her daughter, Maya, is her most treasured path to self-awareness.

Read next >> the reality of truth

is your peace dependent on your brain?