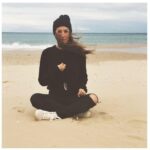 As a integrative teacher, Michelle explores alchemy; the seemingly magical…

I can remember her classes at the Yoga Journal Conference last April so distinctly. I settled in on my mat patiently along side numerous others in the florescent lit room anticipating the arrival of Beryl Bender Birch.  At the time I knew very little about the woman behind Power Yoga. You could feel her presence and charisma as she weaved through the mats all smiles, greeting everyone in a few kind swells of hellos while trolleying her small carry on suitcase donning a bumper sticker that read “Kale” in the style of a Coca Cola label.

I had a glimmering notion that with an alluring pull like hers, there would be yoga before Beryl, and yoga after Beryl. Beryl is an authentic, philosophical, extremely entertaining, and buoyant spirit, whom I feel extremely honoured to have had the chance to be a student of.

And most recently, the honour to write with her about a few inquiries that still lingered from our first introduction. As you’ll see below, her wit and magnetism shines through.

Michelle Baker for YOGI TIMES: What was your first intro to yoga that you remember?

Beryl Bender Birch:  It was around 1971. I was living in LA working as a biofeedback researcher and studying the brainwave patterns of martial artists and zen meditators.

I went to a lecture at UCLA that Ram Dass (he was still Ram Dass at that point) was giving and tripped up some steps. I sat down to compose myself and saw a poster up on the brick wall next to the steps that was advertising a yoga class starting “next Tuesday” –I had been thinking about “yoga” and decided to go. The class was a kundalini class and was taught by Yogi Bhajan in his studio back in those early days on Melrose Avenue. I remember we did a lot of heavy breathing and his devotees were making his dinner in the next room – the air was filled with the smell of Indian spices cooking – it was very heady. Yogi Bhajan was funny and flamboyant, but that’s about all I remember. It was a 6 week course.

MB: Who have been your most transformational teachers?

MB: How has failure contributed to your growth?

Beryl Bender Birch: Failure contributes to everyone’s growth. Without failure we cannot become more discerning in our development of right action. Without “wrong action” how can we know what “right action” is? Although from another perspective, there really are no “mistakes.” If we are “awake”, then all choice contributes to our ability to choose “right action” more frequently and efficiently.

MB: I’ve heard you mention you haven’t missed a day of practice, abhyasa, since 1971. Can you tell us more about that and what a daily practice means for you?

Beryl Bender Birch: The Sanskrit word for “practice” is abhyasa – it means “effort towards steadiness of mind” or “making an effort to be here.” Yoga teaches us that if that is the definition of practice, then we can practice all the time!! When I say I haven’t missed a day of practice since 1971, it means that I am working as much as possible to be “here,” all the time, no matter what I’m doing, facing, going through, whatever.

In fact we should be practicing all the time. From the perspective of practice, there is no “on the mat” and “off the mat,” or “on the cushion,” or “off the cushion.” We work to develop a seamless transition from one thing to another of sitting in present moment awareness. No breaks!!! You get better at it with practice!! But it doesn’t matter whether you are chopping carrots, scooping poop, showering, or doing asana. It’s all about working to develop present moment awareness.

MB: How has your practice changed over the years?

Beryl Bender Birch: See Boomer Yoga… (Clearly and precisely, Boomer Yoga shows both experienced and novice yoga practitioners how to adapt yoga techniques to their age, lifestyle, and physical health. Weaving together personal experience, practical techniques, and philosophy, the illustrious Beryl Bender Birch shows how to take charge of change and create a yoga plan that works for a maturing population. She discusses the benefits of creating a yoga practice that involves a total way of being and reveals how to maintain a healthy yoga routine.)

MB: Where do your sentiments lie on the “yoga as spiritual practice” versus “yoga as body shaper” spectrum?

Beryl Bender Birch: Both are good, correct, and essential. Yoga is both and they are both part of the methodology – one leads into the other, but only if a person is paying attention and working with authentic desire and intention. What anyone thinks about that or which aspect they are more inclined towards, depends on many factors.

To some degree it depends on age (although not in all cases). But mostly it depends on how long they have been practicing, how closely they have been paying attention, and how earnest their effort has been.  Yoga is an evolutionary, expansive methodology – most people start with the tangible inner limbs of asana and pranayama and evolve into understanding of the inner limbs of concentration and meditation and spiritual practice.

MB: How did you find Power Yoga?

Beryl Bender Birch: I didn’t find it, I originated it. The name came to me in a meditation. It also came to Bryan Kest at the exact same moment. We figured it out. He was teaching in California and I was in NYC. I was practicing astanga in the early 80’s and teaching it to athletes in New York City.

No one had ever heard of astanga – it was the fitness decade. For the first 4 years I taught in NYC, here I was, teaching one of the most authentic systems of yoga ever, and I didn’t even call what I was teaching “yoga,” because very few people would have come to a “yooogah class”. When my first book, Power Yoga, came out in 1995, I did a book signing at Barnes and Noble in NYC. There were about 100 people there.

Even then, after teaching in New York for 15 years, I asked how many of them would have been there if I had called the book “Astanga Yoga.” They all looked at me with a blank stare!! Yup! I knew the name “Power Yoga,” would be something Western Mind could relate to, it would let people know that yoga wasn’t just stretching, and it would appeal to men. It did all those things!! The book sold almost 300,000 copies and turned an awful lot of folks on to yoga.

It was a good thing. But it got me thrown out of the astanga “church.” Although I suffered for years as a result, that too was a good thing. It taught me to stand on my own two feet – still is!! People come up to me all the time in my workshops around the country and say that my book, Power Yoga, was their first yoga book. Kinda like my generation who had Richard Hittleman’s book as their first yoga book. Life goes on.

MB: What tools do you think are essential for starting a yoga practice

Beryl Bender Birch: Just one tool – a willingness to practice!!!

MB:  What gets you out of bed every day?

Beryl Bender Birch: My dogs!!! And the Dalai Lama who says “Every day think, as you first wake up, I am so fortunate to have awakened this morning. I am alive. I have a precious human life. I will not waste this day. I will direct all my efforts towards improving myself for the benefit of all beings everywhere. “ slight paraphrase there at the end.

MB: What is one of the biggest truths that has come to you through your practice?

MB: The foremost vedantic principle – “One truth, many paths”

Beryl Bender Birch: Just do it!

Read next >> what does kapālabhāti mean