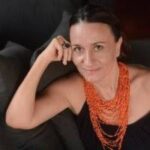 Delete your clutter and unleash your potential

a summit abode with a new world view

High up on a curve in the road crowning Mount Washington, the Santa Fe-style home of Gloria and Jerry Schneider perches like a peaceful bird chiseled out of sandstone. It overlooks a panoramic view of the Pacific, which is, on some days, so clear you can count the ships on the horizon and, on others, snuggled comfortably beneath an afghan of cloud. While the home hosts a long list of sustainable features, the environmentalism it houses is far greater than the sum of its parts: It’s a lifestyle.

Jerry, a retired Los Angeles Department of Water & Power civil engineer and recent graduate of Cal Poly Pomona’s landscape architecture program, and his wife Gloria, who also worked for LADWP, practice an environmental philosophy of living in harmony with nature and being actively involved in it. “I don’t know if you know this,” Gloria says, “but we built this house with our own hands.” Everything about their home, from first conception to their daily lifestyle, requires actively engaging the intellect rather than what Jerry describes as a “set-it-and-forget-it” mentality.

“Our house has no air conditioning,” Jerry says. He explains that the house is configured by geometry to function in an environmentally advantageous way. The passive solar design in the solarium breakfast area includes south-facing windows for winter warming with an overhang for summer shading, and west-facing windows equipped with roll-down screens for late afternoon sun; they’ve installed dual-glazed windows and positive weather seals around all of the doors and windows; the kitchen also has high-thermal, mass Sautillo tile floors that absorb the warmth from winter sun and the coolness of summer nights, and a charming, rustic kitchen table with wheels that can easily be moved in or out of the sun’s path.

This awareness of the seasons and of the time of day inspires a lifestyle that is directly connected to nature. For example, on the outer windowsill of a west window that looks out onto the second-story deck, they brew sun tea. On a warm day, the tea is warm, and vice versa.

A 1-kilowatt solar photovoltaic system collects solar energy on the roof and is connected to the LADWP grid with net metering. So while the Schneiders do use some electricity””for instance, to charge their electric car””their meter moves both forward and backward, putting energy back onto the grid as well. Other eco-features include solar hot water collectors mounted on the roof that provide preheated water to the domestic hot water heater; high-efficiency lighting and appliances; thermostatically controlled pumps which provide instant hot water at water faucets furthest from the hot water heater; and an efficient attic ventilation system with added insulation.

Moreover, the whole house is designed with its occupants’ connection to nature in mind. In the living room there are high east-facing “moon” windows that provide soft overhead light during the day and frame the moon at night. “We’re aware of when there’s a full moon,” Jerry says. Having light coming in from different angles, he explains, gives them a feeling of connection. “When we entertain, we don’t have to explain. A lot of people get it.” Even though they don’t have any lights on, people walk in and think, “Hey, nice light.”

Guests are also quick to notice how quiet it is in the home, which has no fans, and feel how even the temperature is. The home is cooled by convection: raised ceilings allow warm air to rise above inhabited spaces; outside air is drawn in at lower levels and escapes through transform windows set near high ceilings; the central stairwell acts as a convection chimney; and windows are balanced between windward and leeward to invite passing breezes. In addition, radiant heating is circulated throughout via hot water distribution pipes in the floors.

The home satisfies what Jerry describes as the dual human desires of prospect and refuge. Prospect is the feeling you get when you’re in an open space with a lot of light and views. Refuge is a darker, more enclosed, comfortable space. For instance, on the ground floor the kitchen and living room are prospect spaces while the den is refuge.

The central staircase leads out to an upper patio that explodes with prospect; it doubles as an outdoor dance floor for the couple””who enjoy ballroom dancing””where they often entertain guests under a canopy of stars. The upper patio is fully wired for music and includes a dining area equipped with patio furniture, a grill and a variety of edible, potted plants. The downstairs area of the house, which contains the bedrooms, two bathrooms, the laundry room and Jerry’s study, are all refuge spaces. The bedroom windows look out on the thick branches of 100-year-old black walnut trees saved from slaughter during the excavation. “Being amongst trees,” Jerry says, “adds a sense of naturalness, of refuge.”

Behind the home on the downward-sloping lot is a native garden that is both an extension of the house and an extension of the Schneiders’ environmental philosophy. The garden, like the house, is designed to be harmonious with and actively involved in nature. It is irrigated by rainwater, which””instead of being routed off into city storm drains””returns to the earth through the permeable concrete driveway and gravel pathway in the front. Runoff from the front and from the roof is dispersed through a custom-designed retaining wall and gravel walk; supplemental irrigation is by a drip system.

But despite being “native” and sustainable, the garden is by no means self-maintaining. Jerry carries their daily compost in a canary yellow metal bucket down the outside stairs to the worm bin, lifts the bin’s heavy wood flap and uses a shovel to mix it in. As a hobby, he cultivates baby black walnut trees and other native plants from seed, and he has salvaged, planted and tends to a garden of over 20 fruit trees and dozens of native species. Jerry and Gloria also collect coffee grinds from the local doughnut shop to use as mulch.

To keep in compliance with brush clearing regulations, Jerry’s been busy trimming several trees. On the other side of the fence, a neighbor sprays pesticides. “The chemical way is the cheap and easy way for that guy,” Jerry quips.

He explains that his native garden is a certified natural habitat. “I don’t know if people can relate to landscaping for wildlife,” he says. He sees a deeper purpose than that of gardening for beautification, and with that purpose in mind he makes a connection that visiting birds are sure to appreciate.

On the rewards of green building, Jerry remarks that, “It comes at a cost of investing in the home a little more, and the cost of personal involvement…it’s a mindset.” Jerry is quick to admit it takes a long time to recover the net cost to the homeowner. “We should live that long,” Gloria jokes. But, the Schneiders add that the benefits of solar energy are many, including those that are “not accounted for in regular bookkeeping.”

“The true cost of energy generation”¯should include the many societal and environmental costs,” Jerry adds. “Primary amongst these should be the longer-term health and environmental cost. Solar energy does not contribute to global warming, so the bottom line should be our social conscience. I do not have to buy carbon or pollution offsets from my electrical use.”

As a final note, Jerry advises not to wait for coming legislation on global warming or green building; instead, act with your conscience and get peace of mind now and economic rewards in the long run.