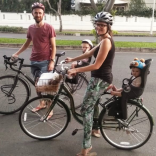 how mala beads can be used to help grow mindful kids

I recently gave my 16-month-old daughter a string of mala beads. Now, she can’t be left alone with them in case she decides to eat them, and she’s so young that I can’t yet explain to her what they are. She loves playing with them though, and gets really excited when I get them down from my dresser where they hang, and let her touch them and wear them. For me, the choice to get her a mala now was based on six key points.Firstly, what are mala beads?

Mala (from Sanskrit: garland) are a string of beads used for meditative purposes. They are connected to Buddhism, but can be used for non-religious meditation or symbolic intention setting as well. Traditionally a mala is made up of 108 beads and a bigger Guru or Meru bead, plus a tassel. Japa mala is the practice of using mala beads to count mantras in prayer or meditation, the aim being that the beads help you keep count, so you can focus on your mantra.


So why did I get these beads for my baby?

108 is considered a significant or even sacred number for many reasons.

There are considered to be 108 sacred places in the body.

There are 54 letters in Sanskrit, each with a feminine and masculine form, adding up to 108.

The number 1 stands for God or higher truth, 0 signifies completeness and 8 means infinity or eternity.

Having 108 beads on a mala acts as a reminder of the universe and all its power. I like the idea of my baby clutching that in her hand.

The male I chose to give her is made of Indian agate. Agate has a range of properties, but the ones that really resonate with me are: courage, strength, protection, healing and calming. A mala which represents all of these qualities feels good to me in guiding her to be able to take these on as qualities for herself.Slowing down

Malas are a great tool for kids to start learning how to meditate. Meditation is quite an abstract idea, so if I can teach my daughter to take time to sit with her mala, and count the beads, she will start to get the hang of slowing down and being still and present. Her mala will be ever present as a tactile tool to help her learn focus and mindfulness.

Malas can be used during meditation or they can also be used as a reminder of a positive intention we set for ourselves. We wear our mala and throughout the day it reminds us of those intentions.

This mala can be a starting point for her to soon learn meditation, or create positive intentions she wants to set for herself. It can start from a really young age to help her to work through emotions and what is important to her in different stages of her life. I look forward to us starting this process together, with simple mantras or intentions such as ‘I am kind’, ‘Be honest,’ or ‘I always do my best.’ Having the mala as a material representation of these affirmations will hopefully help her to remember and realize them. 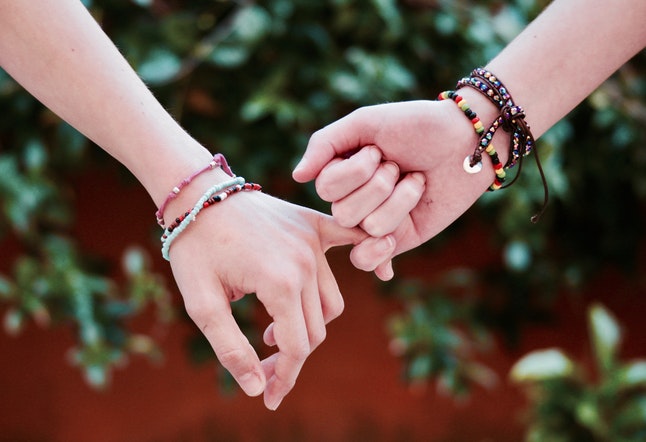 Malas are thought to take on strength from their owners. Whether you choose to believe this or not, a mala can certainly act as a talisman, a reminder of all the strong moments in your life. I like the idea that over the years, my daughter’s mala will represent more and more to her, as it reminds her of the difficult life situations she’s navigated, and how much strength she’s demonstrated to be the person she is.

My daughter and I have malas made out of the same stone. The only differences between them is the colour of the tassel, and the spacers on her mala which are there to help her with counting.This connection between our two malas can always be there, and they will remind us of one another. I also hope that the mala helps her connect to all the lessons she’ll hopefully learn from yoga, be it the mindfulness in asana, grounding and peace of pranayama, or the wisdom gained from interpreting and following the yamas and niyamas.

Finally, as she has received her mala as a baby, I hope that the beads will help her connect the different points of her life. By the time she’s my age, she’ll be holding a 30-year-old mala that her mother bought for her when they lived in Vietnam. The beads will be so steeped in history and memories, and I hope that she’ll be thankful for their power and use them to find strength whenever she needs it.

things to do in pemuteran, north of bali