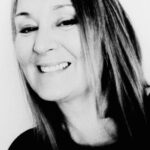 how to stop negative self talk

I don’t want to shock you. But I have news. Black Moon Lilith wants to gift you with her dark powers. At the core, she is pure energy, and she’s super hot now (because she entered Scorpio on May 21, 2016 — until February 2017).

Black Moon Lilith is a theoretical point — based on the orbit of the moon; as I understand it, BML is the apogee or furthest point of the moon’s orbit around the earth at any given time. Which means this: she’s way out there and loving every minute of it.

Finally, she can be her true self. Whew.

That’s not necessarily good or bad news. And BMLilith’s dramatic exposé of all things wildly uncomfortable (or deeply sexual) is how she operates anyway. That’s just who she is, after all.

But with BML in Scorpio, the sign of intensity and depth — and this goes for all of you who truly are ready to rock and roll — there will be no more hiding your mojo. No more tension between surface and depth. All depth. Loud. And. Clear.

The word “eruption” comes to mind. Like a volcano.

First of all, we need to get how Scorpio is the very definition of depth and darkness. And how Black Moon Lilith has intensity and exhilaration written all over her cherub pink cheeks. Just imagine diving down to the bottom of the pool and then turning upward to make a beeline to the surface of the water, only to run out of air halfway up. That’s what I’m talking about.

Often, in the astrology charts of women who are notable in some intense way (direct, provocative, wealthy, successful, beautiful, noncompliant, etc.), BMLilith will show up in a prominent fashion. Okay. Yes, BML relates to the moon too. But we’re talking about the shadow side of the moon here. And we all know what society does with its shadow side, right?

Whatever humanity tends to reject as inappropriate for a woman, BMLilith takes on. Evocative? Rich and successful? Sexual without shame? Or just raw. Honest. Real? BMLilith is all that and more.

The most amazing part is how BML is about our real needs, as women — the needs and desires even we don’t always acknowledge. Read that last sentence again, please.

So that’s BML’s transit in Scorpio in a nutshell. What gets churned up may be truly dark water. It doesn’t get more honest than this.

It can’t cut much deeper either. The thing is, this transit of BML in Scorpio is a deep dive that can drive us to transcend limitations — political, social, psychological, familial, financial, sexual — everything gets churned up. (We may be on the verge of electing the first female president in USA history and lordy is she not soaked in dark controversy already?)

Simultaneous, also noteworthy: Scorpio rules the pelvis and genitals. I’m thinking the explosion of forbidden pleasures. Breaking rules. Empowering the goddess — and that’s when some people get scared. Fear is another face of BML.

Also worth noting, and this will be my last point for today — is how BMLilith represents “The Outsider.” If you’ve ever stepped outside the confines of what’s considered standard or acceptable — if you don’t behave in the expected or standard way (maybe you’re unmarried, or childless and thriving — or you love to travel the world alone, or something else that women “just don’t do”…) then you’ll hear me on this.

Whatever a woman does that scares people (…and they may express their fear as anger, shaming, or attack — or blackball and ignore you to death) is BMLilith Territory.

It takes great courage to embrace and embody what BML offers. This astrological symbol brings up what is so authentic that it may seem “terrifying” “disgusting” or “weird” — but authenticity is magnetic. Remember that.

In closing, this transit is about potential. Possibility. Real authenticity and stark awakening are up for grabs now. But only after we look – straight in the eye — the very thing that we prefer to sweep under the carpet. I got a whiff of this when my mom had a stroke and my family went off the deep end. Seriously off. Eventually, I learned to swim in dark waters. But it took some doing.

May BMLilith gift you with her dark flame. Her core energy. Her pure love.

Just remember, she will not conform to rules or tradition. If you walk with Black Moon Lilith, it may be dark at times — but not dreary. And you will find your way. And then you’ll be thoroughly alive.

Read next >> interview with author and life coach joe nunziata