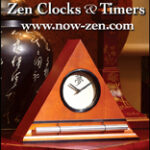 Boulder, Coloradoâ€”an innovative company has taken one of life's most…

Want to begin your day without being startled awake by an annoying alarm? An innovative company in Boulder, Colorado has designed the Zen Alarm Clock to make the daily routine of waking up in the morning so pleasant and peaceful it could be considered a spiritual practice.

Beautiful to the eyes and ears, the Zen Clock features a built-in 10 minute gradual progression of gentle acoustic chimes, reminiscent of temple gongs, which are tuned to produce the same frequencies as the tuning forks used by musical therapists in their healing work. The Zen clock’s pre-programmed 10 minute chime progression sequence advances according to the “golden ratio,” which reflects both the natural proportions of our own bodies and the patterns of growth found in the micro and macrocosm of the universe. The frequency of the chime strikes gradually increase over ten-minutes, eventually striking every five seconds to wake up even the heaviest sleeper. This gentle, ten-minute “progressive awakening” leaves you feeling less groggy and even helps with dream recall.

The Zen Alarm Clock, which also functions as a meditation practice timer and “mindfulness bell,” fills your space with beautifully complex tones whenever it strikes. In the morning, its gentle chimes summon your consciousness into awakening and provide an elegant beginning to your day. 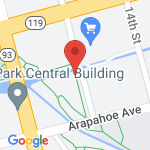