On my way to Montana Avenue’s studio, YogaHop, I imagine a variation on the wonderful theme of traditional independent studio vibe and aesthetic: incensed, candlelit rooms and Krishna Das softly playing in the background. This is a template I adore, and as I step inside the second story studio, I feel content, but not curious. I think I know what I will find…

Perhaps the bold lightning bolt logo of YogaHop should have been a sign—this is a studio with its own blast of flavor, its own electric color, a studio that marches to its own drummer. Inside the lobby I am not greeted by sounds of harmoniums, sitars or kirtan cries, but by the growls of Eminem and the new Beyoncé bump. Instead of representations of Ganesh or Shiva blessing the space, modern day deities like Bono and Madonna adorn the walls. A large plasma TV is at the center of the studio’s wall, which during class displays swirls of interweaving, undulating rays of color—meant to serve as the visual representation of the flow of energy in the room and the rhythm of the music. Could it be that I’m really am in a yoga club?

YogaHop is a new arrival to our community, boldly integrating the music and momentum of an aerobic, spinning workout into an alive, hip and sweaty vinyasa flow. And while the atmosphere is anything but conventional for our temples of balance and healing, the avant-garde approach of lead instructor Matthew Reyes is anything but blasphemous. YogaHop honors the transformative power of the ancient practice of yoga, and is on a quest to deliver that magic to a modern crown.

Matthew Reyes started out as a star in the fitness industry, teaching at illustrious clubs throughout LA, both as a trainer and spinning instructor. In a career that spans over a decade, he witnessed firsthand the intimate and inspirational dynamic between movement and music. He saw how the right song with the right beat could be that motivating factor that pushed someone to their highest potential, past any plateau. When he first discovered yoga seven years ago, he also saw the metamorphosis the practice could have on someone’s body and mind. With these two subjects as his muse, Reyes conceived YogaHop to bridge these two agents of alchemy—a precise and intelligently sequenced series of postures meticulously choreographed to the right beats and tunes for the fullest experience of upliftment.

Every instructor at the studio is trained by Reyes and certified as a YogaHop teacher. His training shakes up the teachers who come to YogaHop with their own certification and assumption of what a yoga class should be, and opens them up to his own vision of accessible yoga that packs the aerobic punch of a spinning class. All instructors have an expert awareness of alignment and musculature, and are able to key in on student’s ability to maximize their body’s tone.

YogaHop teachers use their voice not as lullabies to calm, but as activators to inspire stamina and breakthroughs in students. Reyes has choreographed every class, with handpicked music selections to follow every vinyasa. He designs YogaHop scores to have a natural arc with the pinnacle of a session’s difficulty and heat supported by a song of euphoric beat such as a Michael Jackson classic or an incendiary hit of Eminem. The soundtrack of YogaHop, as the name would suggest, is predominantly hip hop, and the two studios are whimsically referred to as East Coast and West Coast, referring to the two major schools of American rap.

Purists may at first be reticent with the modern melodies, technologies and hybrid style. Yet though the studio is proudly individual and novel, the heart of yoga is there in full form. It may not have been what I expected, but the positive and welcoming energy in YogaHop painted the space as sacred as any renowned, more traditional studio in town.

Matthew Reyes has constructed an enterprise which entices more men than most studios, which he attributes to making the practice less esoteric and more playful and of the world we live in. “The athleticism appeals to the men, and by them getting on the mat, they receive all the feminine benefits of suppleness and flexibility” he says. “Yoga is a sacred and spiritual practice, and the ‘destination’ is reaching that place of stillness and perfect calm. YogaHop is very much about remaining a portal to that place, via a different kind of route.”

Yoga, as we know, is about balance and in that spirit Matthew Reyes has created a practice that yokes the East and the West, not just in gangster songs, but the athletic with the introspective, the modern with the ancient. This is another portal to lead people into the rich river of yoga, many who may have never stepped a toe in for fear it was a bit too removed. And really, who doesn’t want to jump through to chattaranga to Eminem’s Lose Yourself.

Check out this video on YogaHop Santa Monica and Matthew Reyes

Find a class for you on yogahop yoga schedule.

More on Yoga in Los Angeles 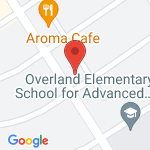