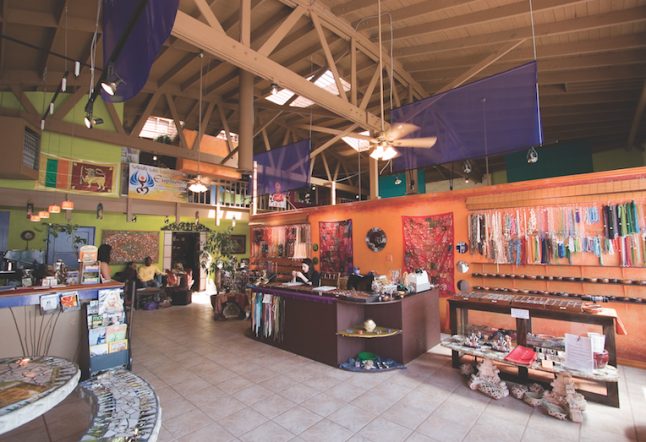 by beth earl
Reviews| Yoga Studios & Centers | Yoga Studios | Santa Monica
yoga comes home
Sometimes a place just has a vibe, a soul, a spirit—something that can’t be described, something that has to be felt. Such is the case at Shakti’s Elements. The feeling you get when you walk into this studio is so welcoming that it is difficult to put into words. Nevertheless, I will take a page out of part-owner and creator of Shakti’s Elements, Master Zi’s, book and “tell you everything I know, in the hope that you will take it in and do something with it,” or better yet, be inspired to show up and experience the feeling of Shakti’s Elements for yourself.

Walking through the doors of Shakti’s Elements, it’s not uncommon to see Zi or one of his students behind the tea bar, and a group of people congregating around; others journey by as they make their way to Euphoria, the raw food boutique upstairs. The layout of Shakti’s Elements is atypical of what most of us expect to see when we walk into a yoga studio. There is a tea bar and a bead store in the entrance, and the studio is walled off in the center, minus a ceiling closing it in. Practicing in such an open space can be unsettling at first, but over time the space becomes a part of the practice. The space acts as a reminder that while we work on ourselves, most of us cannot shut out the rest of the world; therefore, we must work on incorporating our lives into our practice, and vice versa, so that eventually they become one.

This is the foundation of Shakti’s Elements – the principle that one’s practice should be indistinguishable from one’s life. Nzazi Malonga (Zi) and Nisha Rodrigo-Malonga, husband and wife owners of Shakti’s Elements, exemplify this principle each day. Both have recently returned from Sri Lanka, where they spent their last two vacations volunteering to bury the dead, comfort the mourning, and rebuild the villages in the district of Batticoke. Clearly inspired by their teacher, Zi’s students have “shown up” on many occasions, including the time when they were needed most – during the creation of the studio itself. Three years ago, Zi was forced to undergo spinal surgery and was consequently debilitated for six months. During this time, Nisha, with the help of her father John Rodrigo, and Zi’s students, signed the lease for Shakti’s elements and worked to create the colorful space you see today. Every one of Zi’s advanced students brought something to the studio and had a hand in painting a part of the interior.

A picture of Muhammad Ali, and a painting of a snake and a tiger are the most prominent features on the walls today. For Zi and Nisha, Muhammad Ali represents someone who stood up for his beliefs even in the face of great adversity. The tiger and the snake represent two of Zi’s old teachers: Mr. Baker who taught Zi ‘The Way of the Tiger,’ and Mfundishi Tayari Casel, from whom Zi learned snake boxing. These teachers are clearly an integral part of Zi’s evolution, a continuing journey that has recently culminated in Shakti’s Elements.

Shakti’s Elements welcomes everyone from every walk of life. In addition to yoga—taught by Saul David Raye—Wushu/Young Do Wan, tai chi, kickboxing, flamenco, jazz, samba, hip-hop, trance dance, and bodywork are offered. Shakti’s Elements is one studio that is trying to put the yoke back into yoga; the soul back into a practice that has, for much of the West, become a workout rather than a way of life. Zi and Nisha continue to donate a portion of each month’s earnings to the Batticoke province in Sri Lanka. Zi admits that this is not necessarily the best business model, but it is, he says with great certainty, most definitely, “the best God model.” 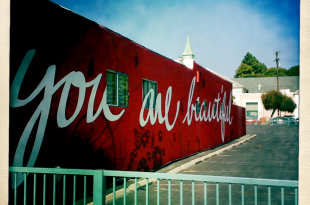 NOW CLOSEDNext time your on Main street in Santa Monica, stop by the Tao Healing Art Center (right next to now closed&nb 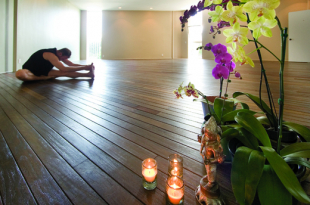 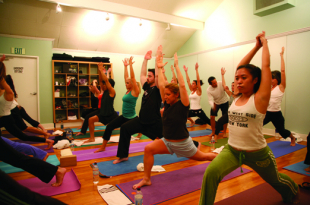 On my way to Montana Avenue’s studio, YogaHop, I imagine a variation on the wonderful theme of traditional indepen 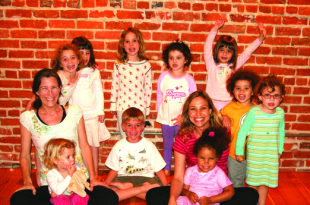 LOOK WHO IS REVIEWING!