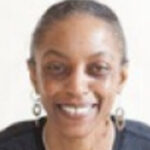 The San Francisco Bay Club does not have a lotus flower icon or burn incense in the entryway. Other than that, what you can expect as much from the yoga program here you do at any of the best yoga studios in the city.  Sitting proudly and staunchly in an historic building on the Barbary Coast, the Bay Club’s Mind & Body Center fills a functional niche in the city that very few other yoga programs have tackled.

In 2003, the Club decided to dedicate about 11,000 square feet to the hot new yoga trend that had swept so many San Franciscans off their feet and onto the mat.   In an area where authenticity is key, the Bay Club made quality its first priority. With high ceilings, exposed rafters and an airflow system of a fitness club rather than the typical yoga studio, street noise is essentially nonexistent. Despite its history as a premier gym, there is a positive separation between the distinct goals of the club: the locker rooms, louder workout areas and squash courts are downstairs while the more therapeutic and quieter spaces are upstairs.

You can feel an energetic shift as you climb the stairs, leaving the sounds of a gym behind, entering the Mind & Body Center. The yoga and Pilates studios branch off of the carpeted hallway lined with plants and black and white photos of Yoga Masters in inspiring poses. The light from huge bay windows floods into the studios and workout rooms on one side of the hallway while a dimmer, insulated atmosphere cradles the studios and conference rooms on the inner side.

There are three yoga studios in the Mind & Body Center; two with regularly scheduled classes and a smaller studio where series classes, therapeutic work, private yoga classes and workshops are held. In addition to these studios, there is a fourth room for Pilates Allegro classes.  The two smaller studios have mirrored walls- a great luxury for some, if slightly distracting for others. The largest studio looks out on the Embarcadero and construction of the new America’s Cup Park at Pier 27/29.  The only outside noise comes from the occasional streetcar rolling by.

Jason Crandell was the first director of the yoga program and established this peaceful space.  After his departure as director, Laura Burkhart and, today, Lori Van Craddock have kept the yoga program at the Bay Club up to par with, if not exceeding, other local studios.

Besides a beautiful space, The San Francisco Bay Club offers a little more than the average yoga studio.  There is a choice selection of experienced yoga teachers giving classes rooted in a wide variety of styles from Ashtanga to Iyengar at all times of the day.  Free towel and locker service is always welcomed.  Club use includes the pool, tennis, basketball, and squash courts.  Group fitness classes offer something new and challenging, like Bollywood Dance, Satish Panchal is especially popular, and SurfSET.  The free shuttle service to and from the financial district on gets you easily to BART and MUNI.

The Sanctuary Spa is the perfect stop after your workout.  The full range of day spa services, including skincare, nailcare and massage treatments, pampers you from head to toe.  All of the therapists are well trained and professional.  The atmosphere is even more serene than the Mind & Body Center.

Read next >> Kokopelli & The Butterfly