There are many different ways to experience Otto Haddad's healing sounds. He hosts regular workshops, sound baths (using gongs and Tibetan singing bowls) as well as his one-on-ones. Having trained at the British Academy of Sound Therapy, then moving to Sound Therapy UK, Otto has held more than 500 sound and gong baths. His intuitive understanding of sound comes through distinctly in the intelligence and compassion with which he conducts his work.

”¨”¨In a one-on-one session with Otto he brings together his deep knowledge of his science of sound and his equally deep intuition to offer up a unique and healing therapy. Using a microphone to record your voice, Otto translates this into a series of notes on his computer, which he uses to analyse the structure of the voice. This can tell us how it is linked to personality, while also uncovering emotional and physical issues. After discussing the various interpretations of the voice recording, Otto then uses his own voice as a tool to encourage the body to release tensions. Both emotional and physical blockages. The incredible versatility of Otto’s voice is astonishing in itself and it's effects on the body are immediately obvious. The tones resonate through you like medicine.

”¨”¨He encourages those he works with to harness the power of working with their own voice. Otto will find you suitable individualised exercises based on knowledge gained during the session in order to help move forward with the process independently. It will come as no surprise to many just how powerful sound can be, and Otto’s ability to harness this has had profound effects on his clients over the years. The transformative potential of sound is not to be overlooked, and you are in no safer hands than Otto's. Whether arriving to merely experiment, or with healing in mind, he'll look after you. 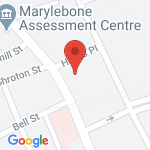