Being in Mynx”™s presence, you immediately notice a strong equipoise; a memorable quality that inspires you to get to your mat, even at home when you”™re not in her class.  Maybe it comes from having samurai somewhere in her bloodline, or maybe it comes from the radically self-responsible approach she applies to her own yoga practice, which she also imparts to her students.

“I am trying to stay both true to the tradition and relevant to modern living. And yet, I have mixed feelings about modern extrapolations on yoga practice. Some offer wonderful possibilities, but many result in the dilution of yoga and even mislead sincere students. Traditionally, the primary focus is to eliminate mental suffering, to promote clarity of mind and finally, to achieve the ultimate freedom of self-realization.  Improving the quality of physical health and overall well-being are important, but secondary outcomes. So, I”™m always assessing ”˜Who”™s coming and what they are coming for”™ when I teach.”You would be hard pressed to find Mynx giving her philosophical views much airtime during asana class, though. You do, however, notice her skillful means in engaging whoever attends her classes and is enthusiastic about getting on a mat.

Her crisp class instructions come in rapid succession, leaving no room for the mind to wander. She gives the mind”™s attentiveness a workout as well as the body. But in conversation, her philosophical leaning is unmistakable: “Each person, if they educate and apply themselves, can use yoga to attain freedom and peace. They can systematically eliminate the various mental fixations that cause their suffering and move toward increased states of joyful living.”

Mynx has been interested in yoga”™s philosophy from very early on, but her exposure to it has occurred through an organic progression. Her early experiences of yoga came from a children”™s transcendental meditation class, philosophical chats with her mother and also watching her mother sit in meditation twice a day. Asana practice slipped into her life in the form of a Friday Stretch Class at her high school.

As a young adult, finding good reliable sources of education and guidance was not easy. After many years of practicing various modalities and sustaining injuries, while wondering how asana practice was supposed to help her achieve the rarified mindspace the texts spoke of, she came upon viniyoga. She credits Gary Kraftsow and the viniyoga teachers as having the strongest impact in her development. Just before 9/11, she went to study in India directly with TKV Desikachar, the holder of the lineage of viniyoga as taught by his teacher and father, T. Krishnamacharya.  If you ask her who her main teacher is, she”™ll tell you, “The Yoga Sutras, and those who help me understand them. There was a thought progression that occurred, or an exposure progression ”“ it was a huge, huge moment when I realized that each of us, should we desire to become that self-responsible, can apply the practices, and become free, happy, peaceful beings in an imperfect world and experience perfection.”

When she works with students, her main starting point is to heighten awareness, PERIOD, by whatever means is appropriate for each student. So it begins with the body and the breath. And gradually moves on to exploring mental conditioning and its impact. “When a student just does the simple thing of aware movement, aware breath, it sets the stage for that student to then embark upon a more subtle exploration of themselves beyond the obvious, beyond the body.  From there, they can begin to consider the subtler implications of what they”™re doing all day long in their mind.” That”™s the level where yoga happens moment by moment, even off the mat. “In my opinion, the practice is so relentless ”“ you can”™t sugarcoat that fact, if you want lasting results.”

“There”™s a lot of suffering that goes on in peoples”™ lives, primarily driven by their interpretation of their life events. And so to me, I think of yoga as the process of slowly but surely shining the spotlight on the fact that this is happening. To help each person begin to form a relationship with his or her own body-mind complex ”“ that”™s to begin this whole process of self-awareness that ultimately eradicates suffering.”

Mynx is putting in modern terms, what the sage Patanjali stated in his Yoga Sutras, thousands of years ago. She explains, “Yoga is a science that brings freedom from suffering. One way of understanding [Patanjali”™s] fourth sutra is to recognize that the degree to which you”™re invested and identified with the processes of your mind, is the degree to which you suffer. I can provide certain tools to make the necessary changes in perspective, so that the reactive mode of living becomes less frequent, so that there”™s greater choice possible, greater states of freedom.”

So how does one go from downward dog, to this total freedom? It all begins with the breath. “Asana infused with breath throughout the practice becomes an extremely potent transformational tool. Including seated pranayama dramatically increases this potential.” The texts tell us that pranayama, or work with the breath, removes that which covers the light of the mind. “To follow the breath requires constant attention. Part of the reason we”™re discontented and feeling unfulfilled is that we”™re somewhere else all the time rather than in our moment. And we”™re overlaying history and our interpretation of history on what”™s happening, and making judgments. What you gain from sustained breath attention is the ability to stop this mental interference and experience pure awareness. You simply become present.”

Mynx considers herself a teacher to people on the beginning and intermediate stages of their Path. She aims to give them the technical tools to skillfully and safely practice yoga. Additionally, she talks about the principles from the Yoga Sutra here and there as they”™re relevant, so that the seeds are planted for the more serious practitioners.“I feel like I”™m just planting seeds for people ”“ exposing them ”“ it”™s going to be up to each person, whether they”™re going to cultivate those seeds so they can blossom. 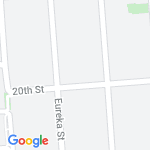