LOVE THY NATURE is a unique and awe-inspiring journey! It is an important and educational film as well as a cinematic immersion into the beauty and intimacy of our relationship with the natural world.

Narrated by Liam Neeson and written and directed by Sylvie Rokab, LOVE THY NATURE is presented from the perspective of the “human being.” The film begins with Neeson’s voice portraying the modern “homo sapien” (the wise man) asking the big questions we have about life and portraying himself as a being searching for something; yet not knowing exactly what.

The answers reveal themselves uniquely for each viewer through the combination of a visual, mental, emotional and sensory experience. In full color, texture and depth LOVE THY NATURE shows us where we all come from and how the universe operates the same for all forms of life. For example, a mother bear cares for its cub in the same way a human cares for a child. Every form of life breathes the same air and relies on the same elements for survival.

Ultimately, this film depicts the interconnectedness of all.


While an environmental crisis threatens the very survival of our species, a renewed connection with nature holds the key to an advanced new era in human evolution. This is the direction to be taken and the mission behind this film.

Over the centuries, the human species has conditioned itself to dominate, exploit and use earth, but now it is moving closer to a more participative role. And the biggest shift taking place is that modern science now looks increasingly to other organisms for inspiration on how to live better. Bio-mimicry follows this process. This film shows the genius self-regulative patterns that have always existed in the natural world. Plants, for example, have always held the answers on how to survive the worst of climate and atmospheric conditions proving clean air and clean water is the most fundamental of all needs for all forms of life.

Mother Nature restores and heals people; especially during bad times. Through the use of the term bio-philia, LOVE THY NATURE renews our love for natural life and evokes within emotions of curiosity, peace of mind, vitality, confidence, imagination, meaning and wonder.

LOVE THY NATURE has been in numerous film festivals, earned 17 awards, and is receiving a limited theatrical release. 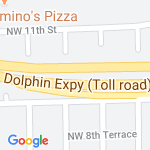 several why’s & how’s to building a retreat in bali