If more of us could follow this sage advice what a merry world we would live in, full of good friends, laughter and shared meals that spoke to our souls, not just to our stomachs. It seems only fitting to speak of the Literati CafÃ© in terms of the world of books that create its unique and comforting environment.

The first step through the door transports you to a world of creativity, warmth and discovery. You can sit in front of a fireplace chatting with friends over a cup of shade-grown free trade coffee or compose on your computer while nourishing yourself with one of their many selections of soups, sandwiches, entrees or desserts.“

An idealist is one who, on noticing that a rose smells better than a cabbage, concludes that it will also make better soup.” – H. L. Mencken

Any idealist will be nourished by the delicious variety of freshly prepared soups served up on a daily basis. The vegan friendly carrot ginger soup walks the line of balancing the sweetness of the carrot with a kick of ginger that wakes up the taste buds. If seafood is part of your eating pleasure, then try the salmon soup, which on a foggy day will transport you to the stormy coastline of the Pacific Northwest. The tomato basil soup will make an Italian grandmother weep with pride over its piquant robust flavors.

“I thought I had an appetite for destruction, but all I wanted was a club sandwich.” – Matt Groening

Sandwiches are a creative delight with crisp from the farmers market produce placed between slices of fresh-baked bread paired with farm-raised chicken, dolphin-safe tuna or simply a mix of vegetables. A nice touch is the dairy free pesto, which compliments many of the sandwiches; be aware that all of their cheeses are dairy based, so if you are avoiding dairy, opt out. Each sandwich is paired with mixed organic greens or a Caesar salad and you can combine it with fresh-squeezed juice or lemonade to make for a healthy and satisfying meal. “

If you can get nothing better out of the world, get a good dinner out of it, at least.” – Herman Melville

Entrees, which are available at lunch and dinner, are hearty fare such as turkey meatloaf, shrimp linguini and spaghetti rustica.  But it is the vegetarian spinach lasagna that will have you coming back for more. This savory dish takes the best flavors of homemade lasagna and lightens it up with the use of fresh baby spinach and a delightful house-made marinara sauce. This dish by itself is all you need for a meal that leaves you satisfied but not overwhelmed.

“Sometimes I”™ve believed as many as six impossible things before breakfast.” – Lewis Carroll

At the Literati CafÃ© they take breakfast very seriously. In fact it is served all day long to fill that late afternoon hankering for eggs Florentine, a close relative to their eggs Benedict, with the former served with cooked baby spinach instead of Canadian bacon. Cinnamon French toast is made with fresh artisanal bread that is dipped in a spiced egg mixture while the Belgian waffle is served with 100% pure Vermont maple syrup and can be accessorized with bananas and strawberries.

“Life”™s a banquet and most poor suckers are starving to death!” – Mame Dennis

If you are just too busy for a sit-down meal, then call. The Literati Cafe”™s time bandits (also known as the staff) will take your order and have it ready for you to take to your office or home. Also, with two days notice, they can prepare food for a party or event. But do yourself the favor of slowing down long enough to sit down and savor the food that will keep you coming back for more. 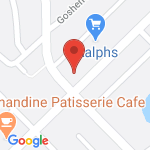