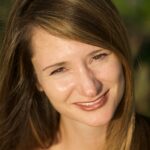 @ buttermilk falls inn and spa | vegan colors of the season

A quick ride up the Hudson River yields a vegetarian feast for the eyes at Henry’s Farm-to-Table Restaurant.

Last Autumn I took one of my favorite people, Vegan Chef Kevin Archer up to the new Henry’s Farm-to-Table restaurant up in Milton, NY to check out what Chef Paul Kelly had on his vegetarian menu.

Upon entry, one feels transported to the heart of the Adirondacks. Bright and airy, this two-story restaurant is a contemporary take on the traditional rustic charm of the mountain lodge. The restaurant is set high on a hill with a large terrace overlooking one of the property’s mini-lakes. Surrounded by hardwood and leather interiors and set aglow by oversized glass bauble chandeliers, Henry’s provides a very warm and cozy space to enjoy some hearty, seasonal cuisine.

We had heard that Henry’s cuisine was a celebration of the fare and bounty of the Hudson River Valley and that everything is either harvested on property amidst its own 40-acre farm or sourced locally from other farms and artisan producers. That was enough for us to get up there for the dinner bell! The restaurant and the inn is family owned by Robert Pollock and his wife Malin Nilsson and little Henry (for whom the restaurant is named). They are the kind of people you want to come back to visit time and time again. Robert made us feel at home by sitting down to chat with us during our meal.

Now, before we get into the meal, I have to mention that not only are Kevin and I both vegan, but just to complicate things, I am also gluten free and an Ayurvedic Nutritionist who follows a relatively clean, alkaline diet. Kevin and I both run workshops in New York City on clean eating so this was undoubtedly not going to be an easy feat for Chef Paul Kelly. But we knew from his reputation that he was up for the task!

Despite Chef Paul Kelly’s lack of formal training in vegan cuisine, he really wowed us! He showed us his innovative and highly expressive creative side in the selection of courses. It was his mélange of flavors that danced so well together – a combination of seemingly disparate tastes but highly complimentary to each other.

We started off our divine 5-course meal with a beautiful beet carpaccio. The sweetness of the delicate beet slices was offset by the nuttiness of the peanut and the subtle spice of the chili oil. Such a symphony of flavor! We then moved on to an autumn roasted vegetable soup made with roasted eggplant, acorn squash, onions and again the chili oil but with an added sweet touch of cinnamon. To neutralize the palette, we had a basic and very clean salad made with local apples, field greens, roasted acorn squash, red peppers and flanked by toasted apple chips – so creative! The main dish was a steamed piece of tofu stuffed with a succulent medley of mushrooms with thyme and spicy black pepper to invigorate the senses. The tofu rested on a bed of broccoli rabe and spaghetti squash with a very beautiful cranberry compote and port wine glaze. The flavors were so delicate and aromatic. The colors and the aromas were simply vivid and intoxicating. We ended our experience with a plate of poached pear and pistachio/pomegranate with a luxurious red wine reduction.

The courses were presented beautifully but were not as substantial as we would have liked. Despite the fact that we were still left a bit hungry after the meal, overall, I would have to say that we were highly impressed with the level of creativity at Henry’s. Vegan cuisine is all about the flavors and texture and considering Chef Paul Kelly is not known for his vegan art, we were pleasantly surprised with the outcome.  If you are searching for fresh, organic and local cuisine, Henry’s Farm-to-Table Restaurant does not disappoint. If you are vegan or have other dietary restrictions, call ahead and they will have something extraordinary waiting for you.

Price range Approx. $40-$50/person
Great for couple, business meeting, friend
Best thing about this place ? Their local wine list! Most are from the Hudson River Valley or from the Finger Lakes Region of NY. 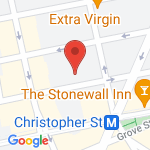