It is said that laughter is, in fact, tears turned inside out. Elyse Briggs”™ key ingredient in her secret recipe of teaching is laughter. With her refreshingly unpretentious approach to teaching yoga, she elicits laughter, even in those of us who do not laugh easily. She states that her mission is: “Allowing each individual the ability to laugh at themselves, and to not take it so seriously. I have been to too many yoga classes where it has been very serious. A lot of folks feel that in order to meditate correctly or to have a serious yoga practice, you have to have this stern look on your face.”

If you take her class at Yoga at The Village in Glendale, then be prepared to laugh and perhaps sing. Sometimes after a strenuous vinyasa, she will ask her students to call out their favorite expletive or have them say what would come out of their mouth if they were a ninety year old Jewish woman. Briggs demonstrates for me “aye” or “aaaachh.” She professes: “I am a self proclaimed type A, neurotic, Jewish woman…and I might add middle aged!” Briggs did not imagine herself teaching yoga, let alone owning a yoga studio.  Her introduction to yoga was by default. This aspiring actress was enrolled in acting school at the American Academy, and there were two choices for electives: fencing or yoga. She chose fencing because “there was no way that I was doing yoga!” To her dismay, fencing was closed, so she had to take yoga. Even though she denounced it as she was doing it, she was learning some invaluable lessons that she could not deny.

Interestingly enough, two very important people in her life at that time (yoga teacher and acting coach) both would say: “Be in the here and now.” Elyse Briggs interjects: “Because what else is there? Well, there”™s plenty! There”™s what I am worried about that I said ten minutes ago, and then there”™s later on that I have to deal with!” This concept of the “now” had a profound impact on Briggs, and she continues to discover it as a student of life.  When she was no longer forced to do yoga, she put on pink spandex and joined everyone else for aerobics, of course. She recalls: “The brighter the pink, it meant that you were more into the aerobics.” It was not until about a decade later when she was thirty that she really latched on to yoga. She desired to work out, yet the thought of going to the gym was daunting. She decided to give yoga another try, because she remembered that something more happened to her when she did it. There was this incredible feeling of being okay: “And that”™s when I really began to drink it, and I sought it out for the rest of my life.”

Before she officially became a yoga teacher, she would have other practitioners ask her questions during class. Although she has a strong background in anatomy and physiology, due to years as a body worker, she did not want to step on any yoga teacher”™s toes so to speak. Elyse Briggs thought if she could engage a thousand people on a theatrical stage, then why not a room full of twenty?

She decided to do a teacher training at the Center for Yoga in 1998, where she studied under Diana Beardsley and Steve Walther, and credits them for excellent training. She learned to never teach beyond her area of expertise: “I always have the disclaimer as a teacher that I”™m not god, I”™m not a master, I don”™t know everything. You know so much more than I do about so many other things. But yet let”™s see if we can just have a melding of the minds right here.” In addition to yoga, she is on the faculty of Massage School Santa Monica.

Elyse Briggs admits that she learns more from teaching than being a student. Teaching yoga humbles her: “As an actor and a comedian my whole life, I was able to hide behind my comedy, because that was my job. But you weren”™t a good actor unless the real you crawled through, because everybody can stand on stage and tell a joke, but not everybody can become vulnerable enough to have it work and to have your audience want to crawl in.” She goes on to say: “Teaching is not performing. I realized that as I am sharing pearls of wisdom of my fifty-three years, and I watch [my student”™s] faces; they are listening to me. I really need to know what I am talking about, or be willing to admit that I don”™t. I gained the gift of humility and being able to be okay with being naked in front of a class emotionally.”

She has found that if she discloses too much about herself, then it becomes more about her and less about the students working through what they need to work through. It has been an enlightening experience for her to “open up, but not dump, and to receive, but not hold.”

Her greatest challenge as a teacher right now is her involvement with a non-profit group dedicated to giving children and teens with life-threatening illnesses and disabilities the opportunity to exist in a normal atmosphere. She has students who are blind, deaf, and some with diseases such as cystic fibrosis and multiple sclerosis. What is beautiful is that they all exist in the same room in her “kick-ass” Saturday morning class with everybody else! Sometimes the other students are unaware who they are practicing next to until they see Elyse Briggs leading a blind student out of the studio to his or her mother. Their yoga classes are important to them because they can exist in a space where no one judges them, and they can be treated as equals.

Elyse Briggs gives me insight on how she stays grounded as she moves through this thing called life:“I am more of a metaphysicist than anything else, and I really appeal to my higher self. I don”™t know if there”™s a god, [but] with all the time that I spent leading groups in Thailand for Thai Massage, I certainly know that the Buddhist tradition has the cap on all of it.” She avows: “My daughter now calls me a Jew-Bu or a Bu-Jew.”

Briggs tries stay as open as possible to all philosophies and gains knowledge from what rabbis have to say, what ministers have to say, and even what Shirley Maclaine has to say. Elyse Briggs expands: “I love the feeling that there”™s something omnipotent, whether it”™s a man with a beard or a Buddha with a belly, or long earlobes, I don”™t know. What I do know is that when I am upset and nuts, if I am just quiet then I gain wisdom somehow. When I just take away all of the noise, then something comes in. I think this is all up for grabs: that which you cannot see has to be up for interpretation. I know there is something more than me, but what it is, is unclear.” 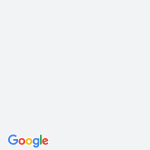