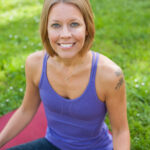 Melanie is a passionate and creative Vinyasa Yoga instructor.  Upon…

David Swenson began practicing yoga at a very young age. He and his older brother Doug grew up in Texas and often practiced outdoors. They used books as guidelines and learned to become self aware because of this. They felt a strong connection with nature and the natural world. David continued to study yoga for many years. In 1977, he went to Mysore and learned the full Ashtanga system as it was originally taught by K. Pattabhi Jois.

David has a wonderful sense of humor. He tells stories and creates a lighthearted environment in his workshops. David recommends to experiment with the yoga practice. Students request poses such as Bhujapidasana, Eka Pada Sirsasana A, and Mayurasana. “What is it that makes an asana advanced?” he asks the class. “Sometimes there are multiple layers, maybe even multiple asanas. True advancement in an asana is something you cannot see.” With that being said, David guides the class through a little bit of a warm up and then casually proceeds to offer valuable advice in these “advanced” asanas.

Next, David speaks of the importance of having “presence” in the asanas. It is not about achieving a posture, but more importantly what we are doing the rest of the day. David has no judgements about the different schools of yoga or even westernized approaches. He believes, “anything that brings people to yoga is fine with me.” Although he still teaches and enjoys the Ashtanga system, David acknowledges the massive amounts of people doing yoga today and encourages them to try other things. When people often ask him, “what is authentic yoga?” His answer has always been, “whatever works for them. “Does it help you feel better as a person? Are you more patient and compassionate?”

As a yoga practitioner and instructor I sometimes have periods of lull in my personal practice. I asked David to share a bit about this. He compared the excitement of beginning a yoga practice to a new love. There is a lot of change and quick progress. We feel strong and flexible and we see our bodies changing until we hit the plateau. What resonated with me was when he said “the vast majority of our lives as a yoga practitioner is going to be lived on that plateau. Nothing much is changing.” We may get discouraged when this happens and maybe even some of us leave our yoga practice. This is such a great lesson because most of us realize life is much better living on that plateau. What keeps David coming back to the practice is quite simple. When he practices, he feels better and life is easier.

According to David Swenson, “the depth of the yoga is not in the next posture, it’s in what we’re doing right now. Our potential for enlightenment is in the breath we’re taking right now.” This was very profound to me. It can be quite difficult to remember this in our day to day lives. David shared very candidly that he is currently in a place with his own practice, in which he wants to be as present as he can, observe himself, pump his body full of prana (positive life force) and then go out and use that prana in a positive way. We all have a tendency to lose perspective and think it’s all about the poses on our mat. We think about accomplishing or achieving this pose or that. David says, “yoga is meant to increase self awareness, increase energy, and impact the world around us in a positive manner.”

In regards to social justice issues, David says, “yoga is a tool for life.” It can help to pursue someone’s passion with energy and focus. It is important to embrace these different passions. As yoga teachers we are responsible for sharing this knowledge. David doesn’t believe as yogis we all have to be politically engaged, but rather if we live a life of integrity, it has a natural effect. Does our presence in the world make it a better or worse place? David’s belief is that change comes from a lot of people doing small things. Yoga makes us more patient and more compassionate with everyone we interact with on a daily basis.

In 1999, Ashtanga Yoga: the Practice Manual was published. At some point after I did my teacher training in 2007, my Dad gave me this book. While I appreciated the pictures of David doing asana, I also enjoyed learning more about the other limbs of yoga. I found this book to be very informative. I would imagine David wrote this manual to guide and support others in finding a personal practice like he did many years ago. David Swenson is an international yoga teacher. He offers classes, workshops, teacher trainings and retreats. It was an honor and an inspiration to spend some time with him.

Read next >> tips for a more balanced practice of hand balancing 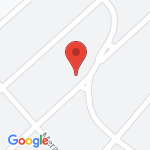