Kristin is a New York City yogi and writer with…

World-renowned spiritual leader Marianne Williamson, in conjunction with Sister Giant and Blue America, is hosting a free, online summit to introduce you to progressive Congressional candidates from around the country. There are many candidates running for office this spring that have unique qualifications and fresh views that would help change not only the face of politics, but also propel society into a new, more mindful state of being. The interviews give you a strong sense of what this country could be if run by conscience, compassionate everyday citizens.”¨”¨

Interviews from the first week of the summit include: ”¨”¨

• Californian Mayor Bao Nguyen, a Vietnamese immigrant and member of the LGBTQ community who holds a Master’s degree in Indo-Tibetan Buddhist Studies from Naropa University.”¨”¨

• Washington State Senator Pramila Jayapal, an Indian immigrant who has recited a Rumi poem on the Senate floor.”¨”¨

• New Jersey native Alex Law, an enthusiastic 25-year-old with a finance education and work experience as an IBM strategy consultant.”¨”¨

This summit is an amazing opportunity for anyone looking to get involved in grassroots campaigns, expand their political knowledge, or simply experience a lesser publicized side of politics. The political arena needs the participation of socially aware people – which includes us as yogis – now more than ever, to change the way our politicians serve us as citizens. Hoping for change is not enough. It is through our active participation that change will occur.

”¨”¨The summit runs through March 10, 2016. Interviews are approximately 10 minutes long, with three new interviews posted each night, Tuesday, Wednesday, and Thursday at 9p.m. EST. All interviews (both upcoming and past) are available on sistergiant.com 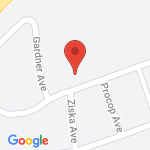