teresa bergen
Reviews| Hotels & Resorts | Hotels | Other Cities
luxury living in macau | pleasure at every turn
The Mandarin Oriental Hotel was one of the most beautiful, tranquil hotels I’ve ever stayed in. The staff was extremely helpful, and the attention to detail was amazing. It seemed like every time I left the room I’d return to find some new treat–a pastry, a flower, a small vial of jasmine oil, or perfect little chocolates.

My room was large, and had separate shower and bath enclosures. From the tub, I could look out at the Macau Tower and bridges to Taipa Island. The rooms were stocked with lotions and potions made by Aromatherapy Associates. They all smelled great! I’m still using a small bottle of Renewing Rose Cleanser I got from their spa, and wish I had gotten a bigger bottle.

I was at the Hotel with a group of ten, and several of us were vegetarians. The Mandarin’s Vida Rica Restaurant cooked us a welcome lunch with special dim sum that included a dumpling filled with baked mushrooms and black fungus, and another dumpling stuffed with pan-fried asparagus and vegetables. The pumpkin soup with Pak-Ling mushrooms was also delicious. It was some of the best food I ate in Macau.

The hotel has 213 rooms, which, when compared to the vast casino resorts, is on the small side for Macau, and is much quieter! Much of Macau’s current configuration is reclaimed land, including the site of the Mandarin. It opened in 2010.

The Mandarin Oriental features a luxury 8,900 square foot spa with eight treatment rooms and a seemingly endless series of soaking pools, and beautiful showers with complicated nozzles. The treatment menu features massages, facials, foot baths, and many combination packages. I had the Macanese Dragon Experience, which was lovely. It combined massage, a foot bath, and several soaks and showers.

The hotel fitness center was immaculate, and especially attractive due to its hardwood floor. Equipment included a half-dozen cardio machines, a full circuit of machines for every major muscle group, and a small collection of free weights. I visited the fitness center both mornings of my stay and was greeted by friendly yet unobtrusive staff who made sure I had a towel and a bottle of water. I was too busy sightseeing to use the pool and Jacuzzi, which are outdoors. However, I stuck my fingers in and the water felt nice and warm.

The Mandarins' breakfast buffet is vast, with lots of vegetarian options, such as fruit, cereal, pastries and waffles. Donuts hung from adorable metal racks like donut trees, and it was easy to eat too many sweet and unhealthy pieces of lemon cake and chocolate croissants. Most of the Asian food had fish sauce or other meat, but a server did point me toward plain congee with some salty toppings, which he assured me was pure vegetarian.

If you’re in Macau and looking for a nice place to stay, I highly recommend the Mandarin Oriental. 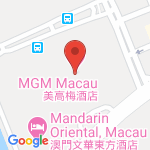 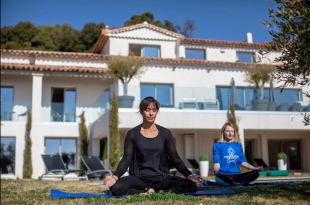 There are some beautiful views that you cannot forget. From the patio of Villa Saint-Honorat, you will remember foreve 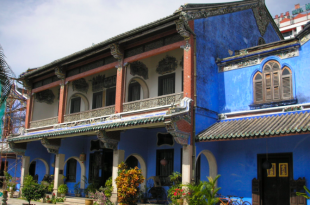 Boutique hotels are always on our route when exploring new territories, as they offer a unique experience of the local c 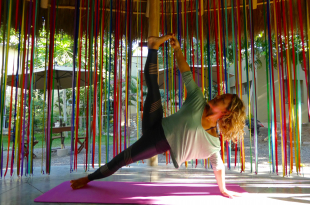 Villa Sayulita is a lovely hotel with a secret garden decorated with comfy hammocks and home to an array of ducks, dogs, 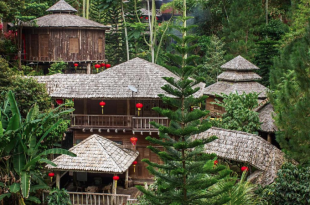 A short one-hour flight from the main city of Kuala Lumpur, takes you to Fig Tree Hill in the tranquility of a lush reso 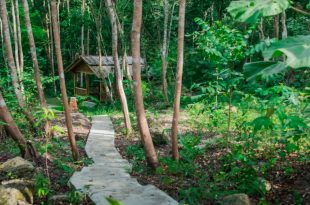 Have you heard of the term “glamping”?  In the last few years, this new type accommodation has spr 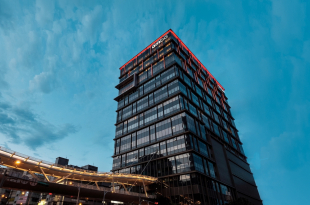 When I travel I look for three things: simplicity (as I believe it's the ultimate luxury), design and sustainability; al 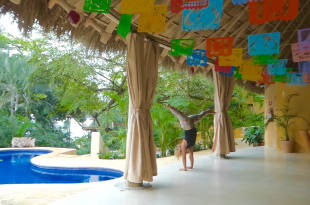 The hills around the picturesque fishing village of Sayulita in Mexico are decorated with stunning summer houses. With V 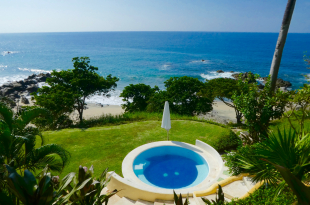 Words can not describe this place. Maybe the video and pictures can give you a better idea, but we suggest you experienc

LOOK WHO IS REVIEWING!